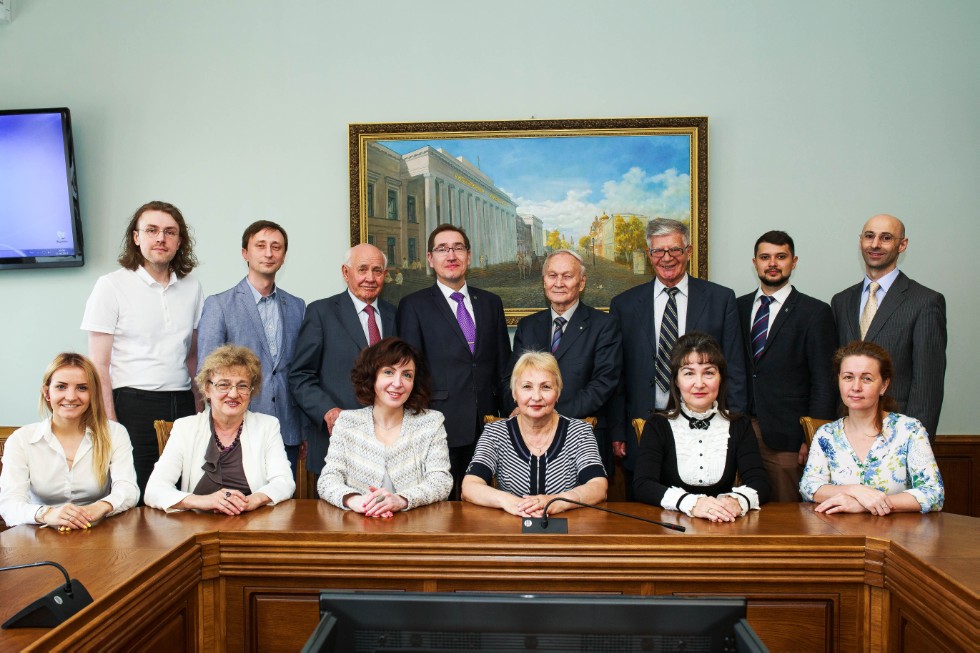 The creation of the Kazan School of International Law became possible thanks to the deep historical traditions laid down in the Kazan Imperial University.

Since the formation of the Kazan Imperial University in 1804, the Department of Natural, Political Law and Law of Nations was singled out as part of its Moral and Political Branch, which included reading international law (which at that time was called law of nations).

For the first time at Kazan University, lectures on national law began to be read in 1806 by Henry Ludwig Buneman, professor of the University of Göttingen, in Latin and French.

Since 1809, classes on natural and popular law were conducted by a graduate of the University of Göttingen, the first dean of the moral and political Branch (in 1814), Johann (Ivan Arnoldovich) Finke. His pen belongs to the first guidance on jurisprudence, published in Kazan University in Russian in 1816: "Natural, private, public law and law of nations." The fourth part of Finke's work was devoted to the law of nations.

In the years 1815-1818. lectures on law of nations were read by the master of jurisprudence Е.P. Manasein. Elpidifor Petrovich Manasein was the first Russian teacher of international law in our country. In May 1818, E.P. Manasein left for the Caucasus and was soon appointed director of the colleges of the Caucasian province.

In the years 1820-1821. courses of law of nations and natural law led a prominent figure in the field of law, the dean of the moral and political branch in 1818, the rector of the Kazan Imperial University in 1819-1820, Gavriil Solntsev.

From 1975 to 1991 the Department was headed by Doctor of Law, Professor David Feldman, thanks to the scientific, professional activities and organizational skills of which the Kazan School of International Law, recognized by domestic and foreign scientists, was established.

In 1994 was established the Center for Information and Documentation of the Council of Europe, which was the library with a set of documents and materials on basic human rights. Center receives complaints of citizens and help in preparing applications to the European Court of Human Rights.

In 1996, at the department was a branch of the UNESCO Chair for Human Rights and Democracy. Branch Head of Department - Professor L.H. Mingazov. The purpose of the UNESCO Chair is to promote the development of an integrated program of research, information, and work with documents in the field of education for human rights and democracy.

In the framework of the Tempus program in 2004 established the Centre for International Law and opened magistracy in international law. The center aims to - provide regional state and municipal bodies, as well as wide spectrum institutions and organizations involved in international cooperation, professional staff with a university background in international and European law, international relations and politics.﻿﻿