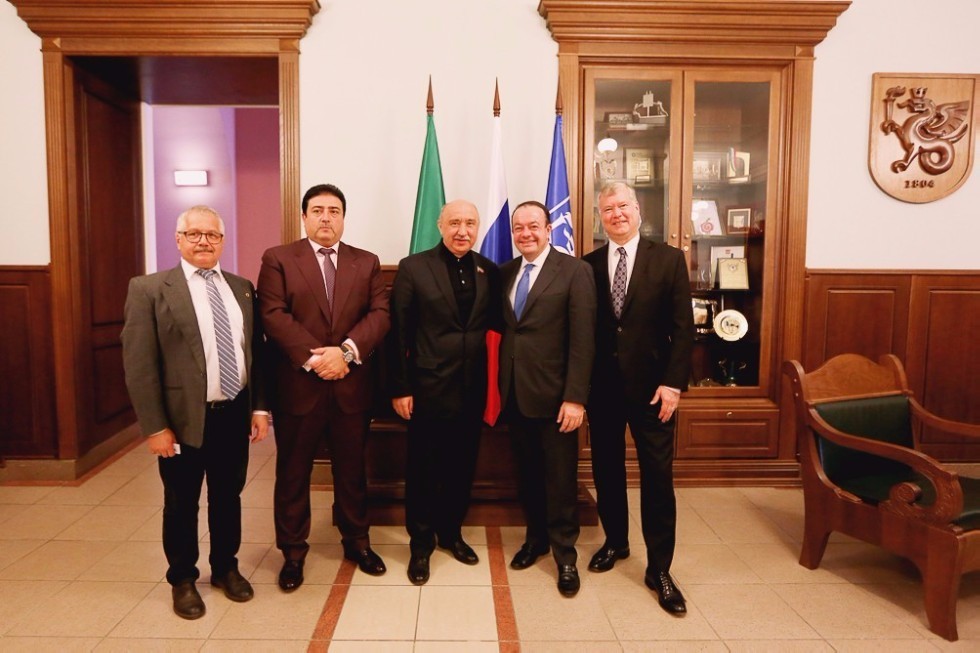 The guests arrived to the University on May 16th.

In his greeting Rector Ilshat Gafurov mentioned, in particular, “We had no significant changes in our structure before 1930s. Thus, we were a relatively small university up until 2010 with 9,000 students. The Federal University was established in 2010. We created our own model of the university development strategy. Now we have educational, research, and technology transfer components”.

Vice President Ojakli responded, «I am very impressed by your university, your history and research. The University is 100 years older than our company. It’s also impressive that you have 10% of international students».

Rector Gafurov invited Mr. Ojakli to be a guest lecturer at KFU. Answering the Group Vice President’s question about the next biggest challenge for the University, he said that there are plans to establish a comprehensive engineering center for the national machine building industry.

Ford Motor Company, as was mentioned during the talks, is currently interested in electric vehicles, driverless cars, and smart city systems. All these three areas are not new for KFU, and there have been some developments already.

The University today, as Rector Gafurov emphasized, is not only an educational entity but also a visionary institution that can offer something future-proof to the society. The meeting ended with both sides promising to look deeper into cooperation opportunities and come up with detailed proposals.