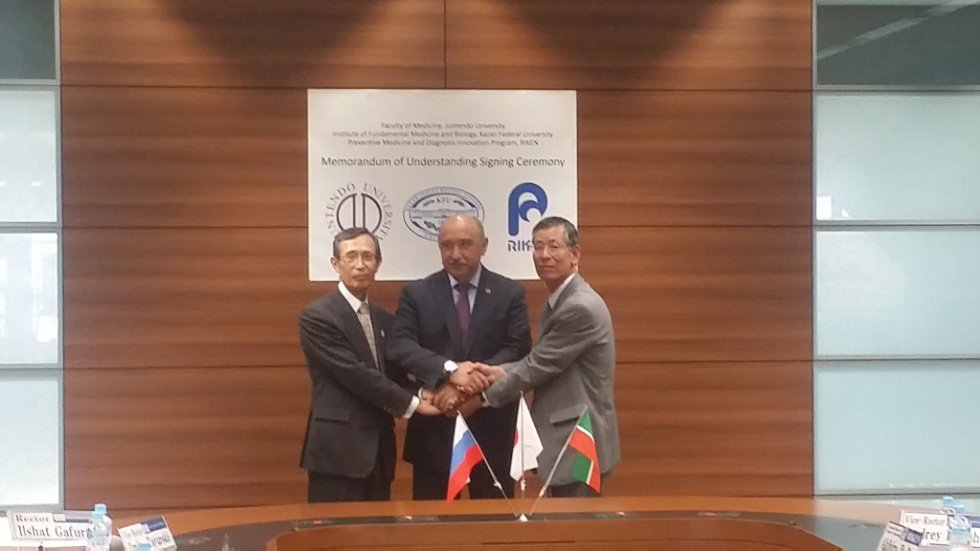 A new trilateral cooperation agreement was signed by KFU, RIKEN and Juntendo University on October 7th.

The document outlines the actions needed to establish the KFU IT clinic (first in Russia) and the Genetics Lab under the guidance of Dr. Yoshihide Hayashizaki.

Rector Ilshat Gafurov and several other KFU's employees are members of the Tatarstani delegation headed by President of Tatarstan Rustam Minnikhanov.

During the past few days KFU's executives met with the representatives of such major companies as Yokogawa Electric Corporation, Toshiba, and Hitachi.

Dr. Gafurov told Japanese colleagues about recent changes in KFU, advancements in international rankings and priority research, the creation of the University Clinic. Humanities were also touched upon. Prof. Noyori congratulated KFU with its current success and made some proposals considering the University's global positioning.