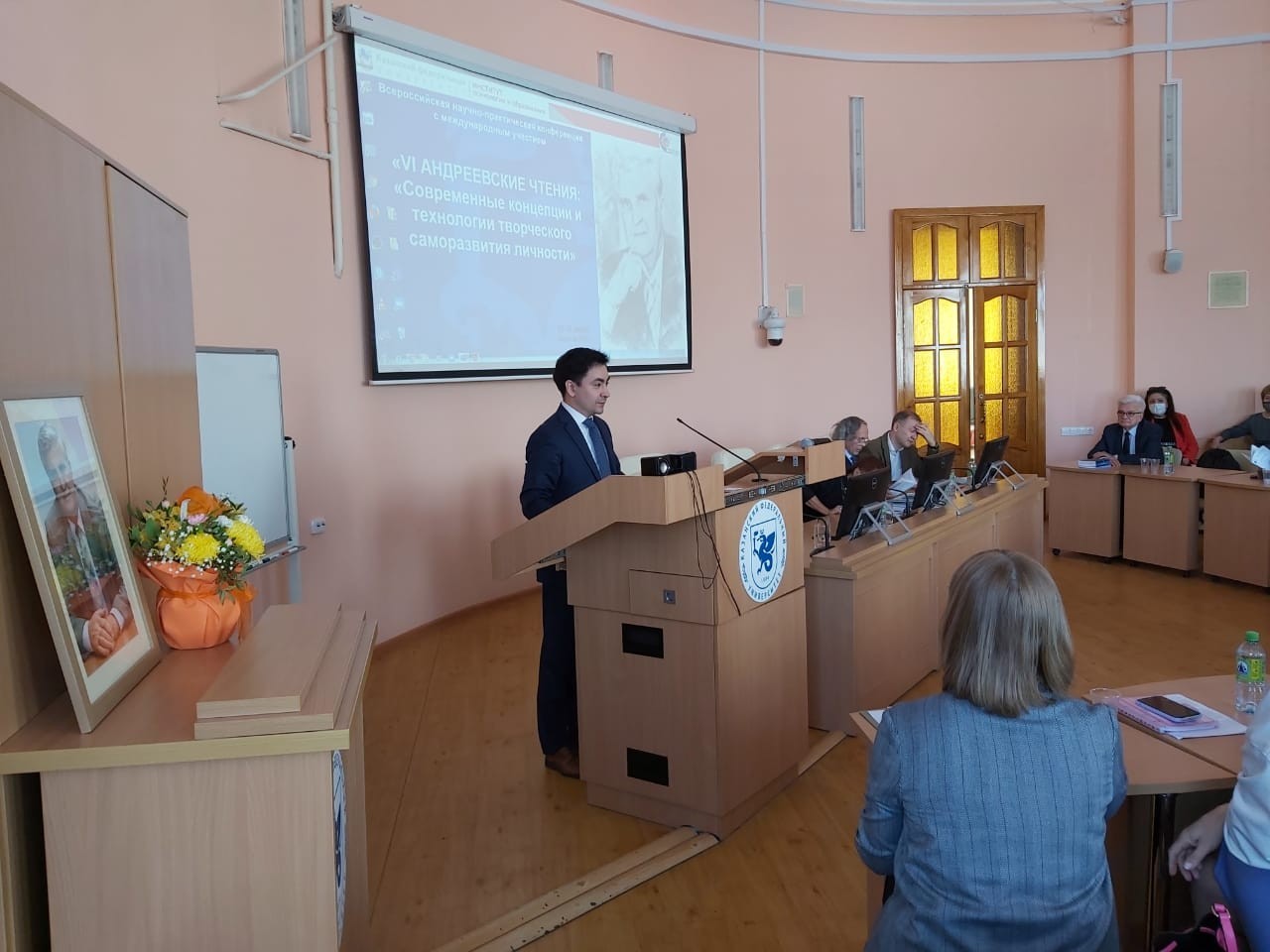 The traditional conference on creative self-development took place on March 25 - 26.

The event is named after Valentin Andreev (1940 — 2015), renowned Russian pedagogical theorist who concentrated his research on personal self-development, psychology of thinking, pedagogical ethics, and intellectual creativity.

Director of the Institute of Psychology and Education of KFU Aydar Kalimullin greeted the participants, reminisced on how Andreev became his first mentor, and said, “Andreev’s findings will be pertinent for a long time because creativity is the most important thing in working with students.”

Professor of the Sofia University St. Kliment Ohridski Vyara Gyurova noted, “New education is characterized by expansion of the educational sphere. Mass media and IT have turned the world into a giant classroom with innumerable teachers and students. In this new environment, students have to have critical thinking and creative competences. Academician Andreev’s work is fully compatible with the realities of 21st century education.”

Among the problems discussed at the plenary session were digitization of education, phenomenology of personality, creative self-development in physics education, and others.

Study workshops for young scientists included discussions on motivational stories for the new media, self-representation of educators in the public sphere, and influence of various multimedia techniques on children.