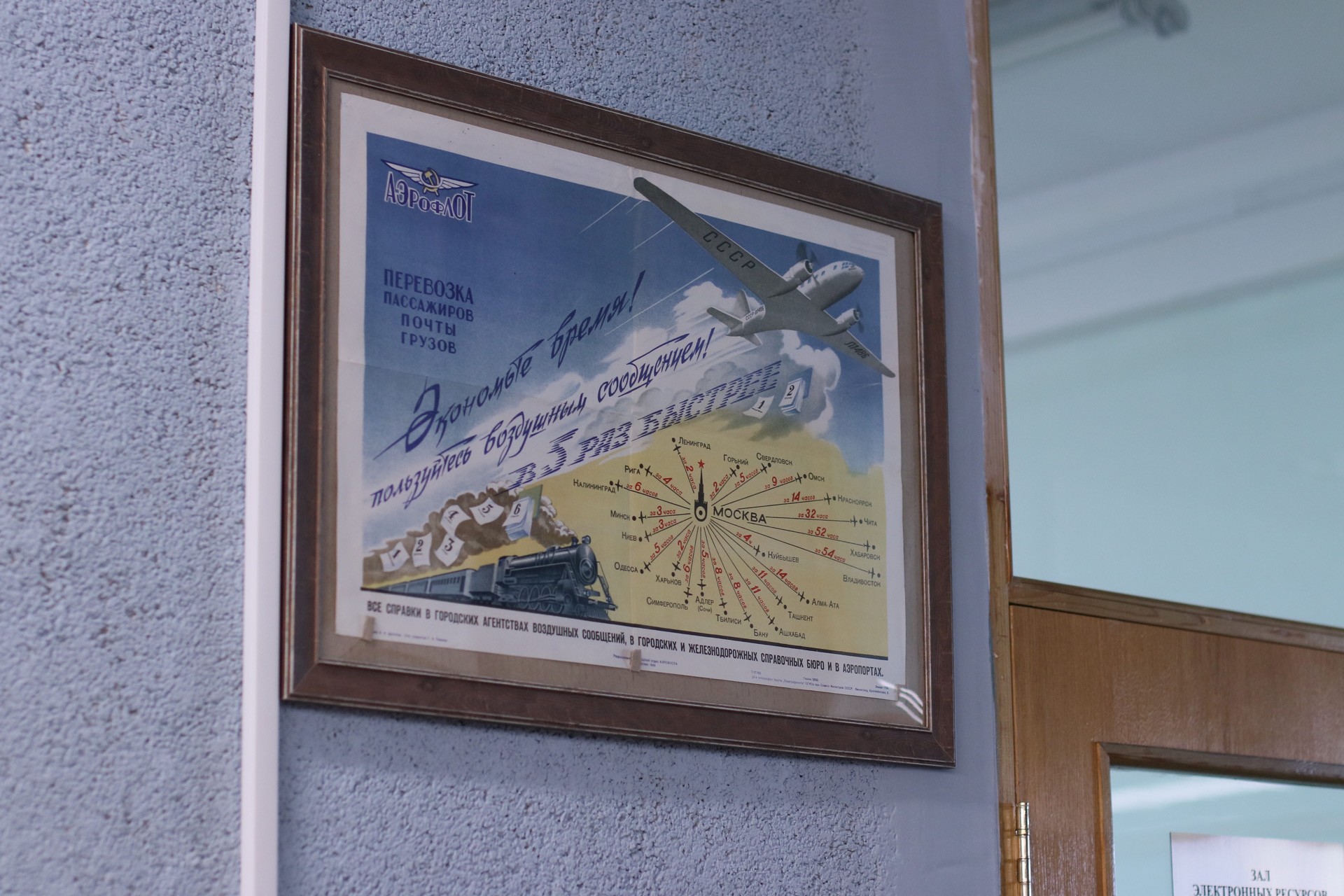 They were unveiled on the same day, April 12.

The first one, ‘The Beginning of the Space Era: Aviation as a Pillar’ is available at the Lobachevsky Library. It shows pictures from aviation training starting from the 1930s and up to spacefaring endeavors of the 1960s. The expo includes original posters from the Second World War which were carefully preserved at the Library, as well as materials on civil aviation. It will be in showing until September 1.

Another exhibition, ‘University. Space. Universe’, was opened at the Marble Hallway of the Second Building. The ceremony was visited by Vice-Rector for Education Dmitry Tayursky, Director of University Museums Svetlana Frolova, and renowned space technology researcher Ural Zakirov. The exhibits cover Kazan University’s extensive history of space science, starting from the first day of the University’s functioning in 1804 – the department of astronomy was one of the original entities in its structure. Here, among other things, prospective students can learn more about current astronomy programs at our University. The exhibition, set to continue until August, was prepared by Kazan University’s History Museum, Engelhardt Observatory, Lobachevsky Library, and Institute of Physics.