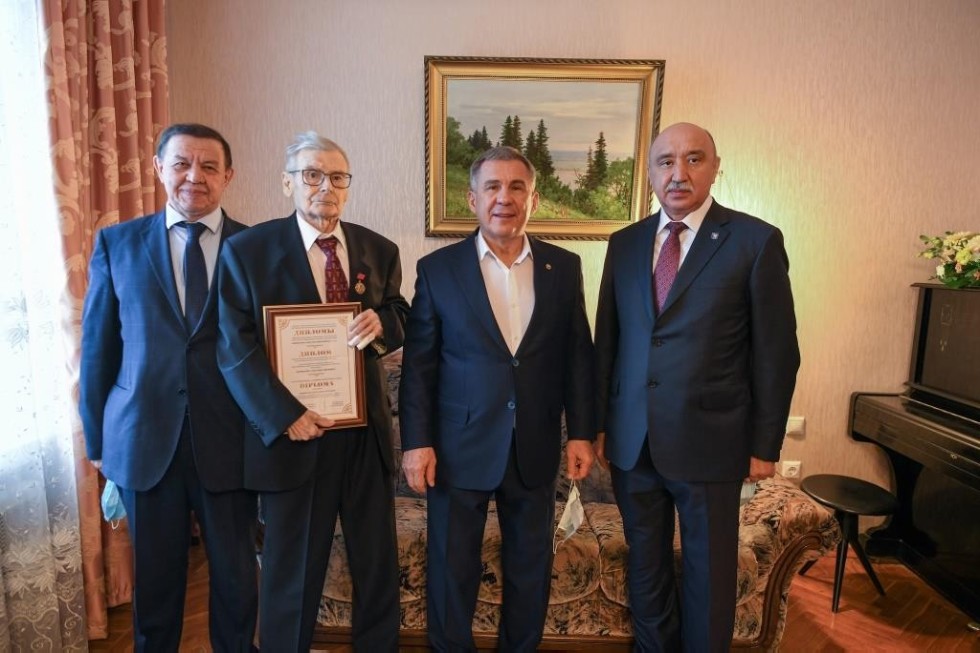 Ex-rector of Kazan Federal University received his honor on 16 December.

Alexander Konovalov became the inaugural winner of the Markovnikov Prize. He received the award from President of Tatarstan Rustam Minnikhanov. Rector of KFU Ilshat Gafurov and President of the Tatarstan Academy of Sciences Myakzyum Salakhov (another ex-rector) were also present.

The Prize was instituted by President Minnikhanov in his executive order from 25 July 2020. It is awarded for major contributions to organic chemistry and named after world-renowned scientist Vladimir Markovnikov (1837 — 1904).

Alexander Konovalov (born 1934) served as Rector of Kazan University in 1979 – 1990. He is an organic chemist and specializes in organophosphorous compounds, renewable energy, supramolecular chemistry, and nanochemistry. He currently serves as Consultant Professor at the Uni.

“Alexander Ivanovich has done very much for science and education in the country and in the Republic at his different posts, one of which was that of the Rector of Kazan State University. His contribution to science cannot be valued enough, and his merits have been marked by numerous awards, the ranks of which are now joined by this one,” said Rector Gafurov.

The award is going to be biennial and can only be given to one person at a time. It comprises a diploma, a medal, and a money prize.

Photos: Office of the President of Tatarstan