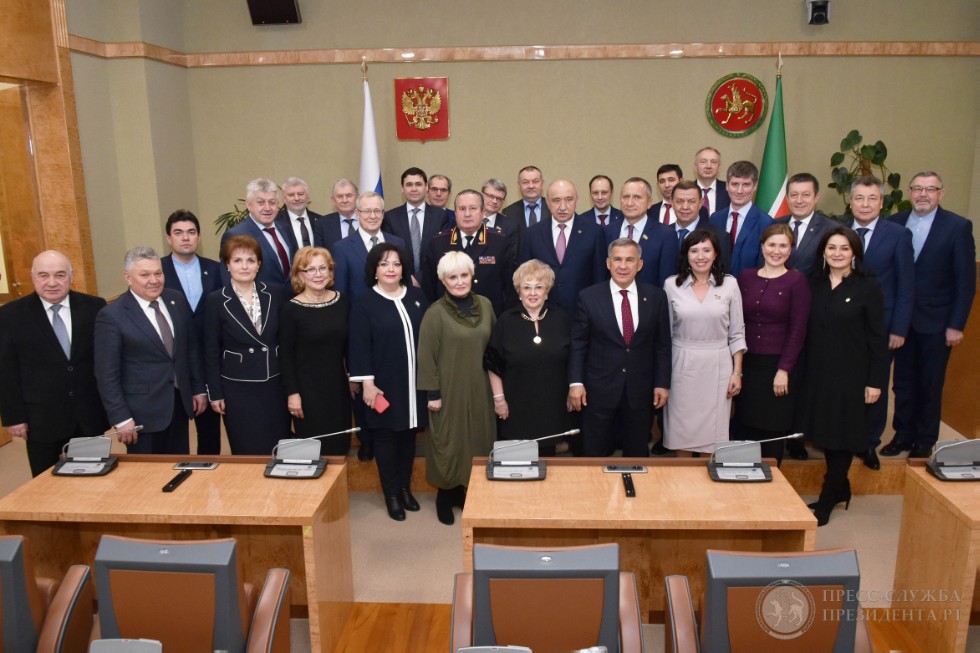 Two main questions were discussed at the Government Building on 23rd December.

Before the discussion, President Minnikhanov summarized the year 2019 in science. He noted that there 19 thousand researchers in Tatarstan, which is a vast intellectual potential.

The first main question on the agenda was that of a world-level research and education center (WLREC). Rector of Kazan Federal University Ilshat Gafurov noted that a WLREC may become an effective instrument of advancing the province in developing the human capital and implementing federal national projects. Among the priority areas for the proposed WLREC are petroleum industry, small-tonnage chemistry, healthcare, and eco-friendly agriculture. Further prospective areas for investment diversification can be new functional materials, intelligent transport systems, AI, functional nutrition, omics and cell technology, digital medicine, digital education, security systems, etc.

“The universities have put forth 83 interesting projects in various areas and various stages of readiness. Obviously, the list will grow. The primary question is to find an efficient funding mechanism for such research,” concluded the Rector.

Later, Dr. Gafurov raised the issues of celebrating the Day of Russian Science, which is 8th February. The Council of Rectors had some suggestions for the celebration procedures. A collective event will be scheduled for the first week of February, where all the organization will present their input, keeping in mind other significant anniversaries of 2020, which are the 100th birthday of the Republic of Tatarstan (27th May) and the 75th Victory Day (9th May). So the Science Day will also include Second World War veterans and those individuals who contributed to the development of Tatarstan in the 1990s.

Source: Press Office of the President of Tatarstan