Why leeches survive at the temperature of -196 C 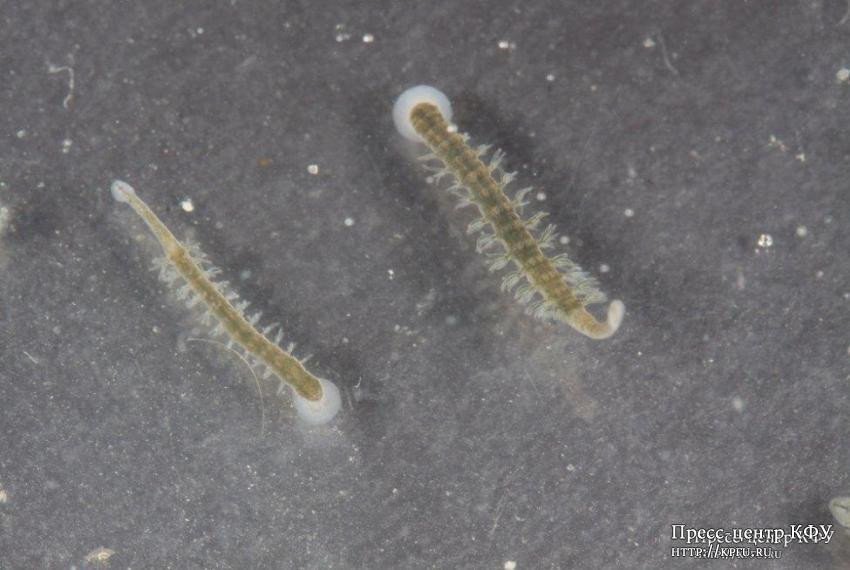 A group of researchers from Tokyo found that Ozobranchus jantseanus leeches are able to survive even after being dipped into liquid nitrogen.

These parasites dwelling inside fresh-water turtles may be successfully reanimated within 24 hours after frosting to -196 ° C – after defrosting procedure the leech very quickly returns to its normal life. And at -90° C it is able to exist for three years altogether.

Scientists have made this discovery, after a leech was found dwelling inside the frozen turtle. It is clear that the turtle did not get through such experiment, as most organisms are killed after being exposed to such low temperatures because of harm caused by frozen liquid to tissue cells.

Under the atmospheric pressure, liquid nitrogen boils at -196 ° C and becomes a cryogenic fluid which can cause rapid freezing while connected to living tissue. On April 15, 1883 Polish physicists, Zygmunt Wroblewski and Karol Olszewski were the first to use nitrogen liquefaction procedure.

Currently, scientists are trying to unravel exactly what mechanisms help O. jantseanus survive in conditions harmful to any other creatures. Perhaps solution of this mystery will help in the development of cryopreservation methods.

“Leech organisms have some mysterious mechanism, preventing their death from low temperatures, - says biochemist Takahiro Takahiro Kikawada . - I'd like to get to the bottom of this issue.

Study published in the scientific journal PLoS One, says that this finding is particularly interesting because the leech can survive such low temperatures without any acclimatization period or pre-treatment.   It is unlikely that O. jantseanus has faced such low temperatures and the cycle of freezing and defrosting in the natural environment.  So, this ability did not emerge in response to some environmental selection. According to experts, it means that this tolerance to cold is not a means of evolution, and came as a response to some still unexplained adaptations.

The researchers reported that in addition to progress in cryogenics, knowledge about the origin of this amazing ability will help in resuscitation of organisms that have been frozen beneath the ground in Antarctica’s  permafrost areas  and perhaps even on other planets.

One of the research advisor of the experiment, one of the co-authors, a biochemist Takahiro Kikavada (Takahiro Kikawada) - one of the foreign scientists, who are planning to be invited in Kazan Federal University.

Anabiosis  is  an organism state when in sharply in unfavorable environmental conditions (high or low temperature, extreme dryness, etc.) life processes slow down temporarily so that all visible manifestations of life are almost completely absent. If  favorable conditions come  the body returns to the active life. During  anabiosis breathing, heartbeat and other functions can presence, but they can only be detected by means of electronic equipment.

Crionics (from Greek . κρύος — cold, freeze) preserving in deep chilling ("cryopreservation", "cryopreservation")  of  humans and animals in the hope that in the future they will be able to revived and, if it is necessary – healed.


Cryopreservation ( from Greek . κρύος  Cold and freeze . conservo - conserve) - low-temperature storing of living biological objects with the ability of biological functions recovery after defrosting. Typically, cryopreservation is  carried  out at a temperature -196 ° C, dipping the capsules with biological objects in liquid nitrogen. Only the some cell cultures and bacteria can be effectively cryopreserved without preparation.