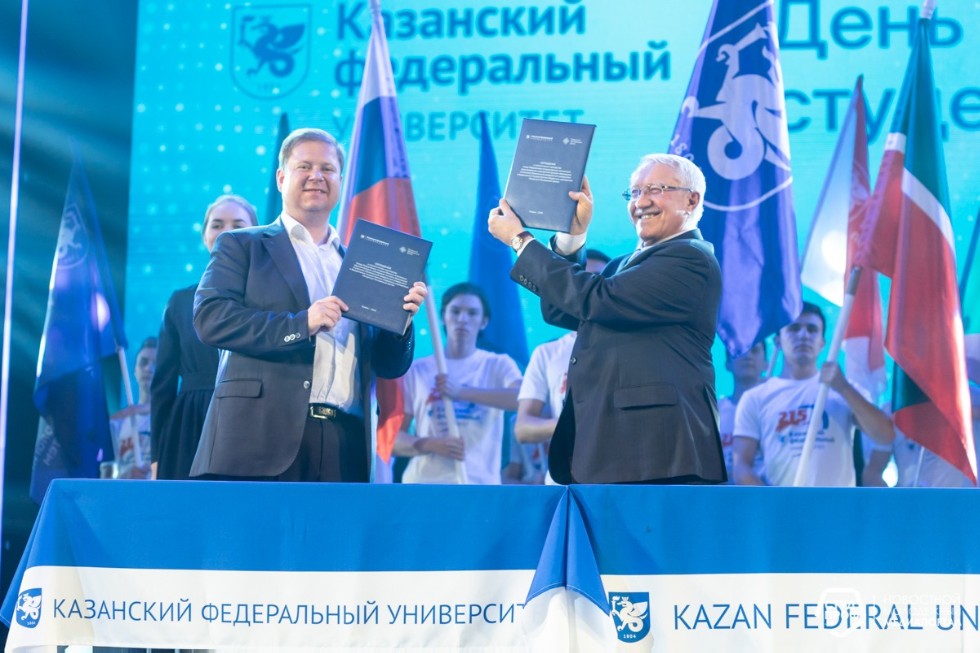 The gala concert theme was the Republic of Tatarstan’s 100th anniversary.

The guests of UNICS Sports and Culture Center were invited to the hallway to know more about the everyday life of Tatarstan in the 1920s, including culinary customs and widespread professions.

The spectators were greeted by First Vice-Rector of KFU Riyaz Minzaripov, Minister of the Economy of Tatarstan Farid Abdulganiev, First Deputy Minister of Youth Affairs of Tatarstan Timur Suleymanov, and President of the League of Students of Tatarstan Rufat Kiyamov. Traditionally, the Russian Student Day is also called Tatiana Day due to 25th January’s saint’s day in the Russian Orthodox tradition. One of the prominent local namesakes, Tatiana Larionova, Director of the Revival Foundation of the Republic of Tatarstan, also extended her congratulations.

Notably, Kazan Federal University and the Russian Resource Youth Center signed a comprehensive agreement on this day. The sides will cooperate on a range of issues, including the National League of Student Clubs, forums, roundtables, and other youth-related events.

The concert itself, as usual, comprised a number of performances in vocals, dancing, and theater. Representatives of other universities of Kazan also made their contribution.