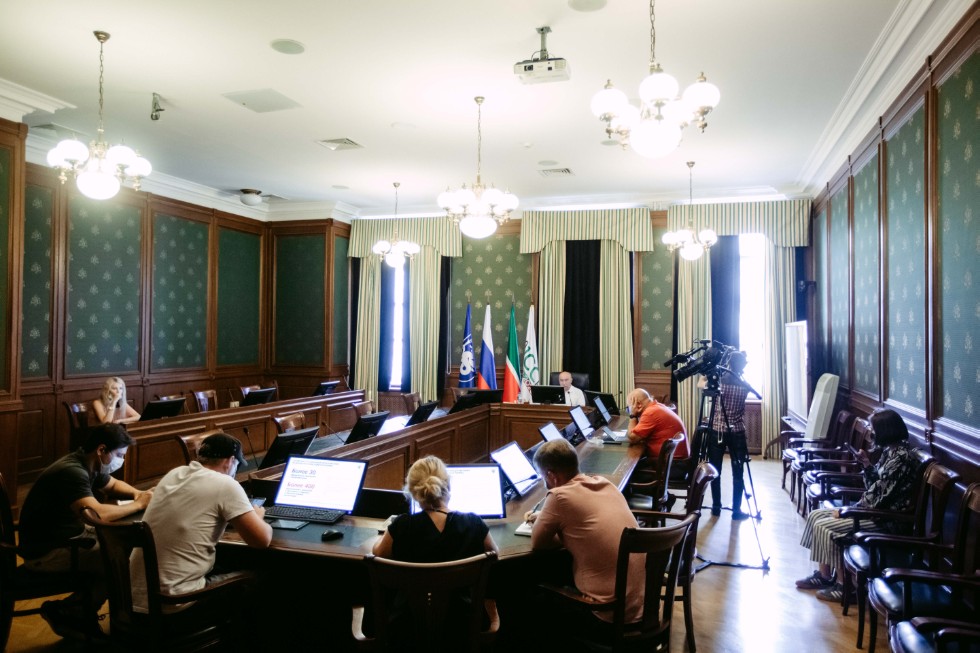 An online meeting on 10th July was joined by Rector Ilshat Gafurov.

The Minister informed that the presented concept is the final draft. It was reviewed by leading universities, Russian Union of Rectors, and Russian Academy of Sciences. Over 400 suggestions were received.

Among the major accepted changes are:

- the introduction of a new status of national reference university;

- some reshuffle in KPIs;

- changes to reflect the specifics of fine arts universities;

- the introduction of a Program Candidate status.

Falkov said that there are no limitations on the number of SALP participants. An opportunity to partake in a contest will be given once a year.

He also emphasized that, apart from university's own achievements, successes in creating consortia will be taken into account. Global rankings will no longer be of primary importance. The focus will be shifted to contributions made to national priorities of technological and social development, speedy introduction of digital technology, and export industries.

The universities which will not succeed in obtaining a national reference or national research status will still be eligible for basic funding.