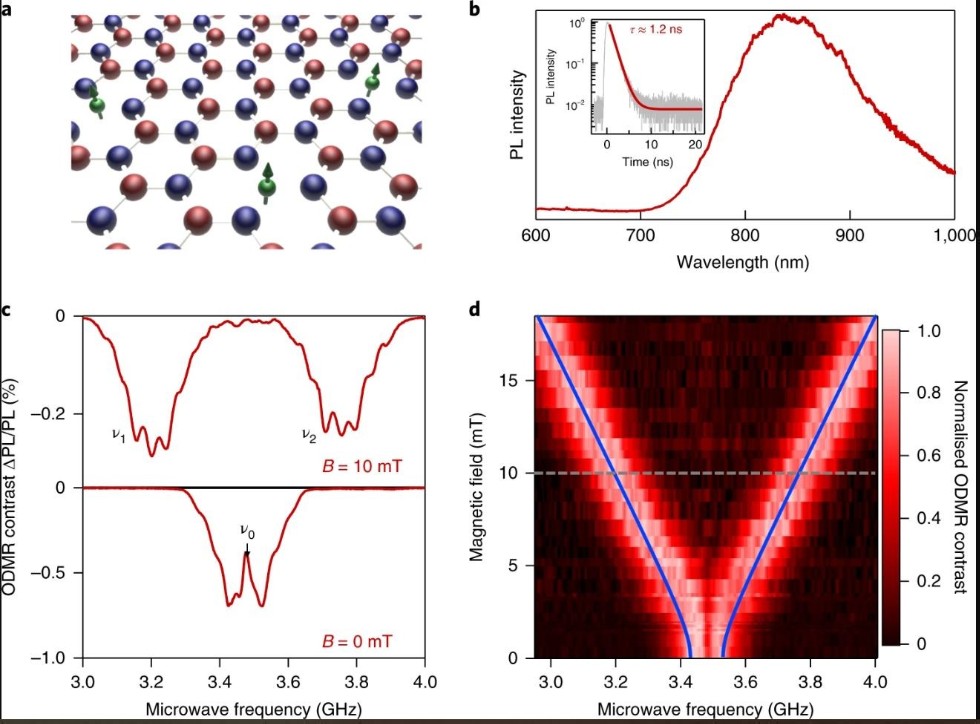 A paper was published in Nature Materials.

Quantum technology was once considered to be something very expensive and available only to the largest research centers. However, in our days it’s widely used in many applications, and one of them is magnetic resonance imaging.

“The magnetic moments associated with the nuclear spins of the protons of 1H and 13C act as sensors that are extremely sensitive to various pathologies. The ability to control and read quantum spin states lies at the basis of quantum technology,” says co-author Sergei Orlinskii, Leading Research Associate of the Rheological and Thermochemical Research Lab.

One of the promising areas here is the use of crystalline matrices with optically active spin centers, which makes it possible to convert electronic and nuclear spin states into an optical quantum. The implementation of a number of such projects in Russia, the USA, and Europe has already led to the creation of quantum cryptography devices and quantum sensors of submicron spatial resolution. 3D crystal matrices, such as diamond or silicon carbide, are used. Today, a new task for the scientific community around the world is to obtain and study systems that are fundamentally different from 3D matrices, namely, 2D crystals with vander Waals interaction.

In search of a solution, scientists applied optical and microwave spectroscopy methods and demonstrated the possibility of optical polarization and reading of electronic spin color centers in boron nitride. The work was carried out jointly with German and Australian colleagues.

“At room temperatures, a coherent control of the populations of optically polarized triplet sublevels of the center was implemented and a microscopic model of this center was proposed - a boron vacancy in a negative charge state,” explains Orlinskii.

The results demonstrate that vander Waals materials can be used as a new platform for the further development of quantum technologies on the atomic scale.