Rector of Kazan Federal University, 'Our graduates are in great demand among major Russian enterprises ' 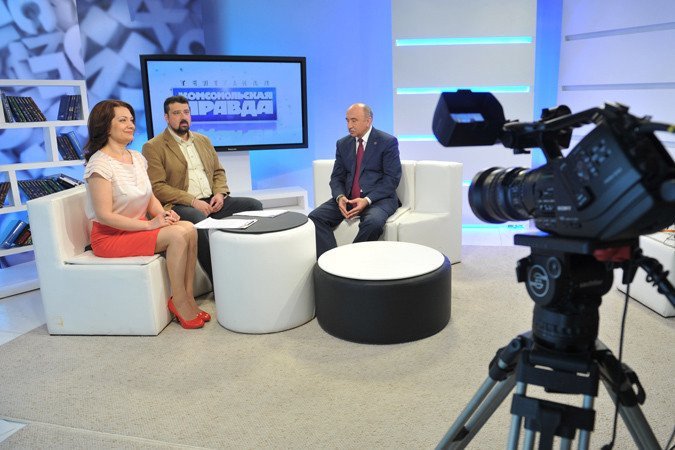 Right before the start of admission campaign the Rector of Kazan Federal University Ilshat Gafurov visited the federal editor`s office of “Komsomolskaya Pravda” and explained why KFU scientific and research laboratories are every bit as good as European ones; how they managed to get world scientists to lecture, and how one can receive a 300 thousand rubles fellowship.

Kazan Federal University is one of nine key Russian federal universities. This high status is confirmed by the fact that about 150 universities of neighbouring countries and beyond partner with KFU, whereas major companies found their corporate universities here. Together with the Rector  Ilshat Gafurov we tried to figure out who has an opportunity to be educated in one of the most prestige universities and what students KFU is waiting for.

- Mr. Gafurov, what priority targets does the university have this year?

- Kazan is located in Volga Federal District. And first of all we should provide the enterprises of our district with highly qualified employees. But besides, we currently have another goal and that is to make these enterprises competitive and strengthen their position on the market. There are nine federal universities in Russia and each of them solves geopolitical issues as well.

- Besides additional responsibilities, what else does the status of a federal university give?

The Program outlines priority targets to allocate federal money for. Thanks to it, we have already succeeded to build unique infrastructure of about 370 new university laboratories and research centres.  We have involved best practicing experts from neighbouring countries and beyond. It`s worth mentioning that out university is now highly competitive with European higher education institutions. Its research facilities meet all high standards.

- In fact, you are a serious competitor to capital universities, aren`t you? Do foreign universities get to cooperate?

- You are right. KFU competes with leading capital universities – Moscow and St.Petersburg Universities - on facilities, academic staff and resource potential. Last year we had students from over 60 Russian regions. We do our best so that our citizens get education in their motherland, Kazan, Naberezhnye Chelny, Elabuga. Last month we opened a new campus (approximately 8 thousand square metres) and an engineering centre. As for our international partners, we are proud of them. We are in partnership relations with about 150 foreign universities. And we start new joint educational programs and launch laboratories together. For instance, at the premises of Institute of Chemistry, we have recently opened a laboratory with RIKEN centre, a major scientific and research centre of Japan, headed by a Nobel Prize laureate Professor Ryoji Noyori, our frequent guest.

We annually organize  about  70 scientific conferences. More than 700 scientists from far abroad took part in them last year. Not to mention CIS. In a week we hold an international conference on electron paramagnetic resonance that was discovered in our university in 1934. Seven future Nobel Prize laureates studied at Kazan State University during the Great Patriotic War  and after it. So we can be proud of our school of sciences.

- Well, if the level of academic qualification is so high, there surely are absolutely new and perspective disciplines for 2014 applicants, aren`t there?

- Yes, there are. New disciplines are defined by the priorities Kazan University has set. We reconstructed Institute of Fundamental Medicine and Biology 1.5-2 years ago. It had existed within the university till 1930 but then functioned independently. We have created it from scratch and equipped properly.  It is currently one of the best institutes in whole Russia. As medicine is an interdisciplinary course, we are going to teach medical researchers with a right to practice medicine. And these will be medical experts of a new level! We have recently opened a simulation centre based at the university; experts evaluate it as one of the best in Europe.  There is nothing similar in Russia. The simulators are aimed to help in exercising the actions of a whole medical team – an anesthesiologist, operating and assisting surgeons, a resuscitator, and a nurse. The whole team, as well as its every member, can exercise the operation process. There is also an engineering centre where these simulators are constructed. What is more important is the fact that the centre conducts basic training along with advanced training of practitioners. This essentially enables us to introduce the innovations appearing in practical medicine straight away. We have also opened a Centre for Genomic and Proteomic Research there.

I would like to specially mention that the centres are opened in the partnership with the institutes of the Russian Academy of Sciences and foreign universities.  Our partner Professor Khazipov, the head of a neurobiology laboratory in Marseille, won a fellowship and opened a centre for studying a developing brain there.

- Does that mean that we should not worry for postgraduates? All the opportunities are open to them. Are there any additional fellowships for young scientists and graduates who want to continue their education?

- KFU participates in the federal program of global competitiveness. We have chosen four priorities – oil and gas technologies, fundamental medicine and pharmaceuticals, IT and new materials technologies. This year for the first time in the history of our university, we are going to open 200 fellowships for graduates entering PhD programs in these fields. We have also announced 50 fellowships in humanities that are necessary for the development of our priority disciplines. A fellowship is entitled to a sum of 200-300 thousand rubles that includes studies, accommodation, and student allowance. Besides, our postgraduates have an opportunity to conduct their researches at the university from the very beginning of their studies.

- Are there any new approaches to the education process at KFU? Today they often complain that our higher education is too theoretical and employers do not want to hire such graduates?

- We use a unique system for the trainign of our teaching staff. We train our physics professors in the Institute of Physics, Russian language experts are trained in the Institute of Philology and Intercultural Communications. It enables students who have not made a right decision (it usually becomes clear later) to become a physical scientist or historian, but not a professor.

On September1 we launch economic studies for all science and other institutes. These are independent courses, as we are confident that we should train not only chemists able to synthesize substances, but chemists who can market it. This also refers to other areas of study.

And the last thing I would like to attract your attention to the following. The President of Russia announced that we should create 25 million high-technology jobs by 2010. Who will create them? WE have decided that our students will be among these people.  We should teach them how to do it. Today the University has the infrastructure required to enable students open small innovative enterprises. They can do it studying at the university.

We create our business incubators, techno parks, and engineering centres. WE invite representatives of existing economics sectors, real businesses to give master classes.

- Do I understand it correctly that major enterprises actively participate in the training process, not only “queue” for your graduates?

- Nowadays we are well integrated with many companies. And that's right; they do not only recruit our graduates, but participate in the development of educational programs, especially of so called optional training. Many top managers of major enterprises work in our University. In particular, three top managers (the head of KAMAZ scientific research centre, design manager and production manager) head the departments at the Naberezhnye Chelny Institute of KFU that in fact is a polytechnic institute.  The corporate universities of many companies, such as Sberbank, are based in KFU. Future Sberbank employees train there.

To say a few words about IT companies, three years ago together with our present Minister of Communication Nikolay Nikiforov, our graduate, we established Higher School of Information Technologies and Information Systems. Companies make an order for 200-250 students. They hire second-year students, and young people work in IT companies since that time. So do many people.

So, if we speak about employment, over 98% of our last year graduates found a job with hardly any trouble at all.

- There is only one question left. How can one enter the University? Are there any chances?

- Everyone has the same chances as the main criterion is the results of the Unified State Exam. Moreover, it is not necessary to come to the office; application can be made at http://kpfu.ru/priem/internet-priemnaya. The only thing I would like to add, our University is one of several universities in our country that provides 100% of nonresident students (including foreigners) with comfortable accommodation. The credit here for sure goes to the government of the republic that decided to make the Universiade Village over to us, so that we received 180 thousand square metres of living space with amenities. There are kitchens, bathrooms, showers there, students live in double or triple rooms with monthly cost of 180 rubles. And I am not kidding.

- And how many lucky men will become your students this year? And who would you like to see among them?

- This year we have about 4 thousand publicly-funded places and approximately the same number of fee-paying ones. Eight thousand five hundred people will enter the University. We'd like to see talented people and those who are eager to devote themselves to their country. Hopefully, our graduates will always be in demand of employers who offer well-paid jobs. And we suggest our students studying at our foreign partner universities to become more competitive on the job market.