Popular Science Road Show finishes its run with an event in Aktanysh, Tatarstan 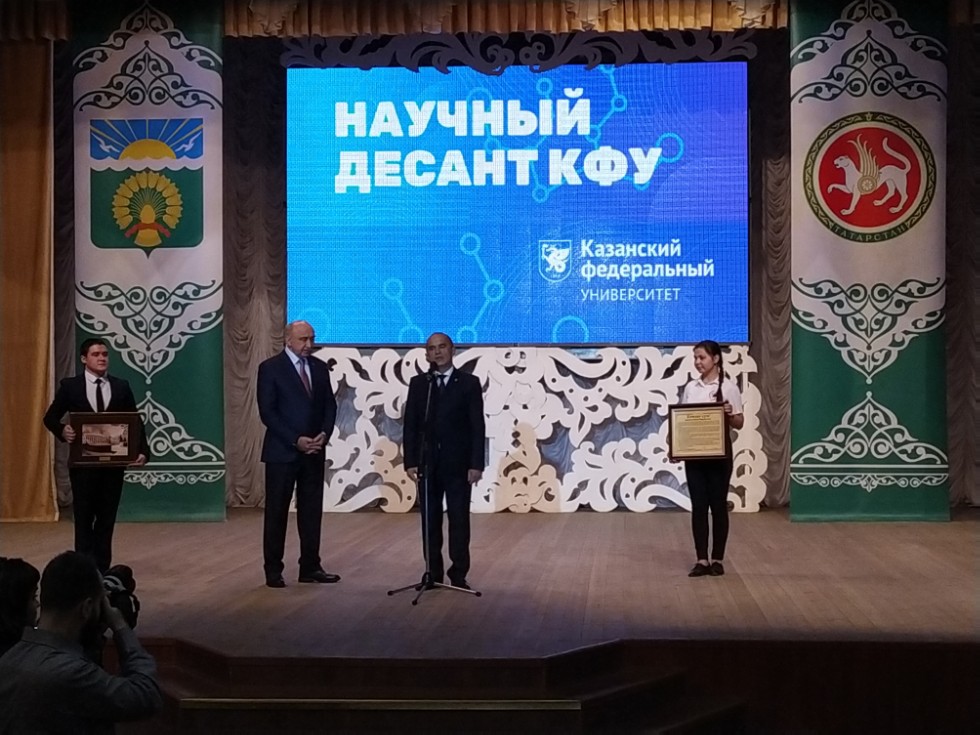 Despite being held on Saturday, the show attracted over a 1,000 people, which appeared to be in excess of the capacity of the local venue. However, the event lasted for several hours, so everyone was able to partake. As usual, there were interactive lectures and master classes in physics, robotics, psychology, and other subjects.

Head of Aktanysh District Engel Fattakhov thanked Kazan University and Rector Ilshat Gafurov and opined that the Road Show is a very important event for local people. He is no stranger to educational affairs, having served as the Minister of Education and Science of Tatarstan from 2012 till 2018.

During the opening speech, Rector Gafurov spoke about the University’s 215th anniversary and the Popular Science Show as its part. He also said that KFU starts a special advanced training course for education administrators of Aktanysh District. The curriculum includes leadership strategies in academia, digital literacy, self-development and personal efficiency, and inclusive education.

KFU will also oversee a large-scale self-appraisal and cross-appraisal procedures in the educational institutions of Aktanysh District.

All the upcoming projects are mentioned in a cooperation agreement between the University and the municipality.