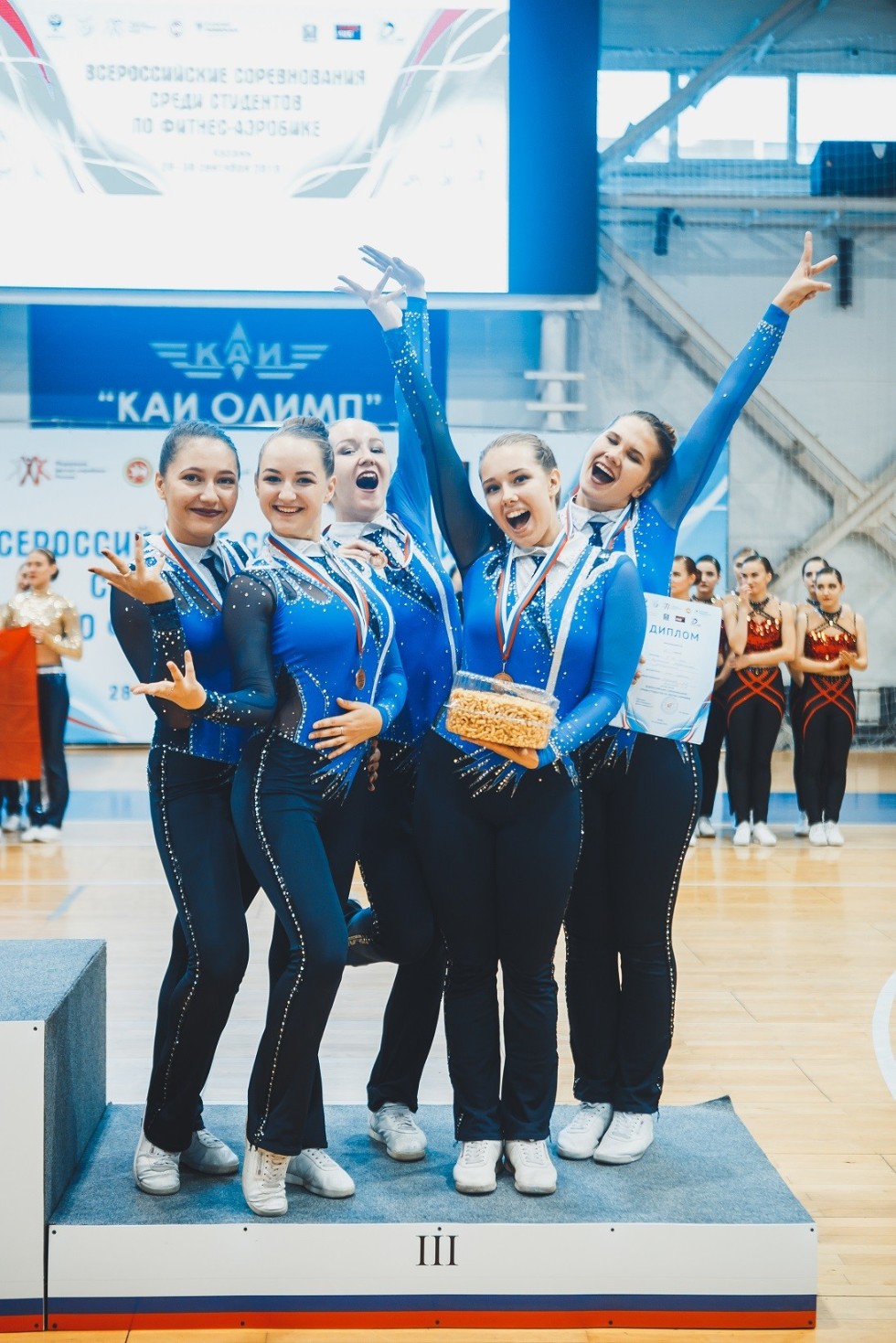 The tournament was held in Kazan this year. The bronze medals went to KFU students in step aerobics, megacrew, and 5-person team contest. One silver was awarded in megacrew.

Director of the KFU Institute of International Relations received good news at the 12th Yalta Civilization Club. He was commended for his contribution to education activities in intercultural and international communication. Kazan University is currently one of the national leaders in this area and has created an expansive cooperation network with partners all over the world.

According to Dr. Khayrutdinov, a representative office of OUDC may soon open its doors at KFU.

Starting 1st November, one of the University’s educational units will be called the Gabdulla Tukay Higher School of National Culture and Education.

The renaming was initiated to better reflect a wider scope of educational activities. In particular, bilingual (Russian and Tatar) teachers will now be trained here.

As for enrolment, the Institute welcomed 1,013 new students this year, its highest number yet.

A visit to Kuwait by Mikhail Varfolomeev and Vladislav Sudakov concluded with some preliminary arrangements. The company may utilize KFU’s work in underground refining, deposit markers, and heavy oil extraction.

KFU has already started working in these areas with PetroChina, Tatneft, and Cuba Petróleo Union.

This year, Mr. Garanin was commended by KFU on the occasion of his 90th anniversary. He started his tenure at the University in July 1967, which means the astonishing half a century uninterrupted work history. His total experience in science and education currently stands at 66 years. His primary responsibility now is being the Museum Curator of the Zoological Museum.

At the ceremony on 6th October, he was congratulated by the Minister of Ecology and Natural Resources of Tatarstan Aleksandr Shadrikov, KFU Vice-Rector for Research Danis Nurgaliev, and his numerous colleagues and students.

Mr. Garanin is a renowned herpetologist and environmentalist. He has authored 350 papers, including 30 monographs on zoology and history of zoological science in Tatarstan.