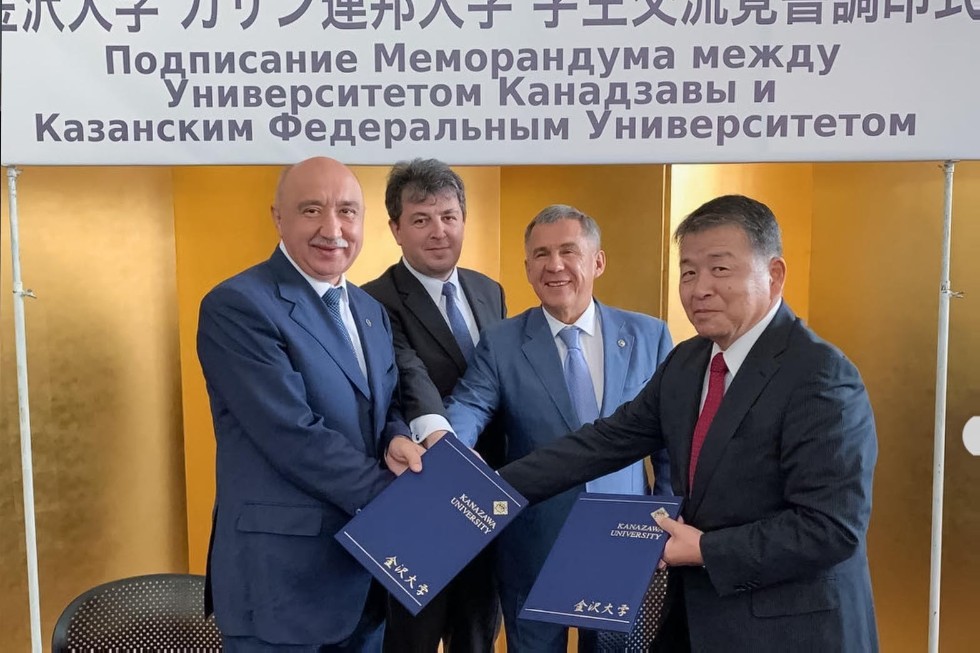 An agreement was signed by rectors Ilshat Gafurov and Koetsu Yamazaki.

On 8th October, the two sides signed a new agreement to deepen their cooperation in presence of the President of Tatarstan Rustam Minnikhanov.

So far, student exchange programs have been the priority. In August 2018, Japanese students arrived for a special cultural introduction course.  In July 2018, a KFU representative office opened doors in Kanazawa, and its mirror office on Russian soil was unveiled on 17th September.

During this ongoing visit, a tour of Kanazawa's facilities was organized, including the World Premier Initiative Research Center and driverless transport labs.

After the ceremony, President Minnikhanov, Dr. Gafurov and Dr. Yamazaki planted a sakura in the University Park.