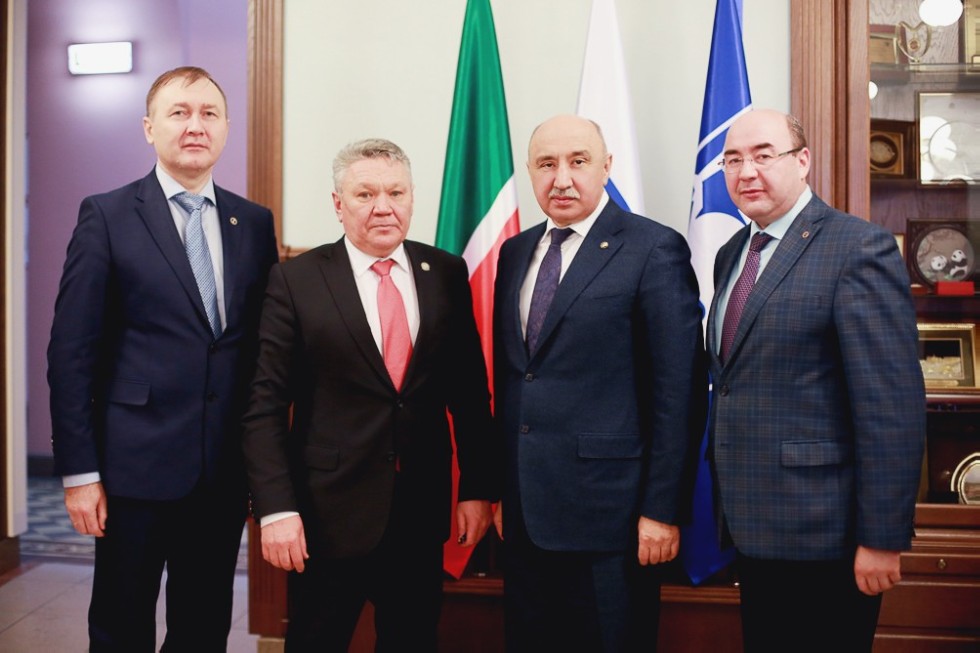 The Minister showed up at the morning briefing today.

At the briefing, Rector Ilshat Gafurov introduced all the vice-rectors and some other senior members of the staff to Minister Burganov. The Rector, the Minister and heads of two institutes (Radif Zamaletdinov, the Institute of Philology and Intercultural Communication, and Aydar Kalimullin, the Institute of Psychology and Education) then proceeded to a separate meeting to talk about the most pressing issues for the end of the year.

Although the University is oriented towards the needs of the whole federal district, natrually, it's very much also the center of the educational community in the Republic of Tatarstan. That's why the new official had to firstly familiiarize with KFU's many current developments and structure, as well as its annual results.

Rafis Burganov was appointed as acting minister by the President of Tatarstan Rustam Minnikhanov on 4th December and approved by the State Council of the Republic on 21st December.