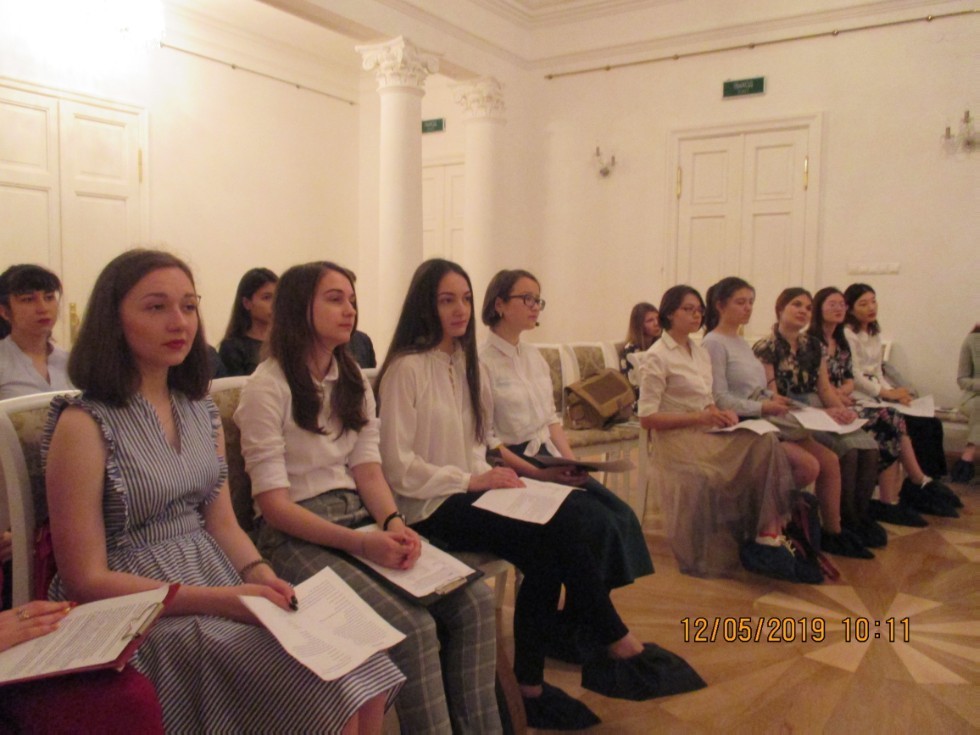 The event was organized by the Department of Russian and Foreign Literature and took place at the Yevgeny Boratynsky Museum. Museum Director I. Zavyalova co-helmed the conference with KFU professors Aleksey Pashkurov and Alfiya Galimullina.

The conference was attended by researchers from Moscow, Saratov, Ulyanovsk, Yelets, and several Kazanian institutions (including Kazan State Medical University, Kazan Center of the Russian Academy of Science, and TISBI University).

A couple of reports were presented by our international students from China. A group of philology freshmen acted out a poetic performance dedicated to the Russian poetry of the 18th century.

Mikhail Muravyov (1757 - 1807) was a Russian statesman and poet, one of the key figures of the Russian Enlightenment. He served in the military and held positions in education, including that of the supervisor of Moscow State University in 1803 – 1807.