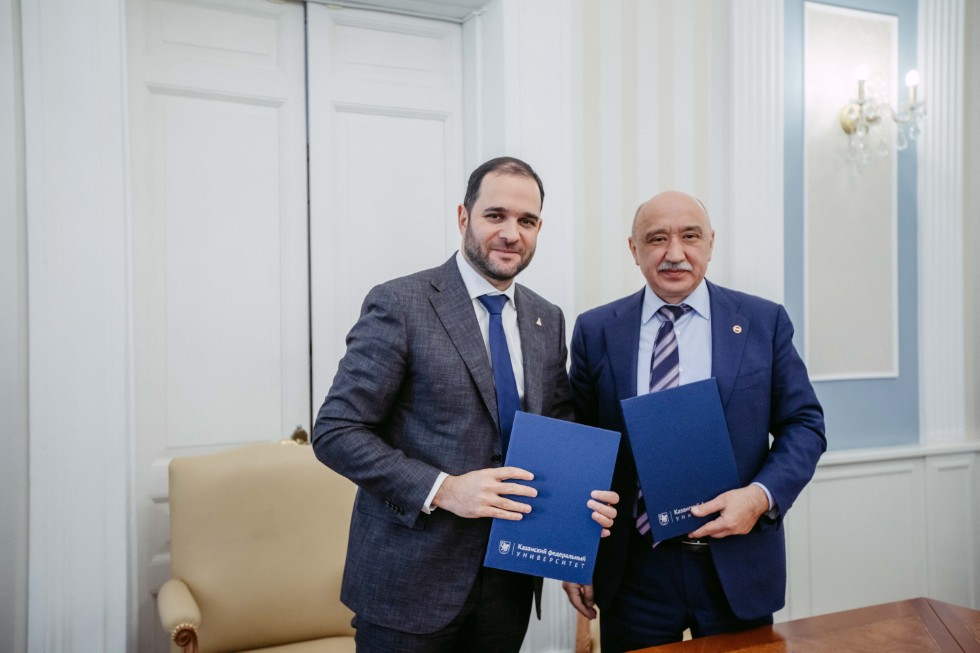 The joint work will include projects linked to the Mendeleev Valley, a new high-tech science park in Moscow.

During today’s talks, Rector Gafurov and his colleagues presented a number of projects in pharmaceutics, petroleum science, chemistry, environmental science and nature management to Dr. Mazhuga. Among them were new research in agricultural waste recycling, medications, plant cultivation and treatment, antibiotic resistance, and others.

The Moscow delegation today is also meeting with the Government of Tatarstan and members of the Board of Directors of Tatheftekhiminvest-holding (Tatarstan Petroleum Chemistry Investment Holding).