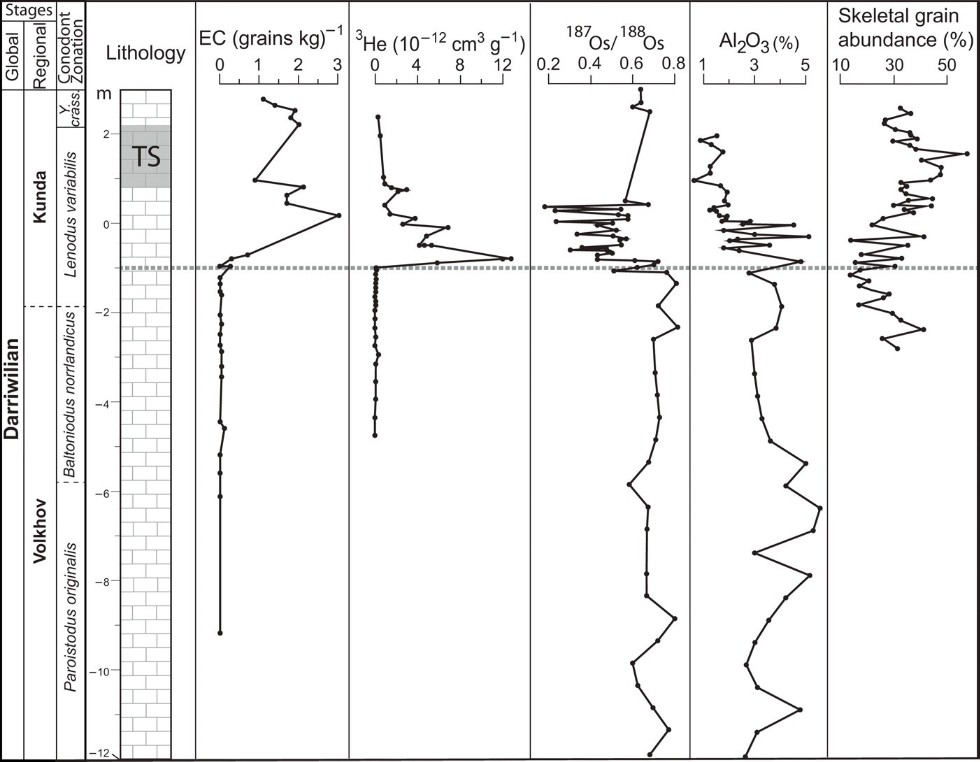 Fig. 1. The lower part of the Hällekis section with plots of bulk-rock concentrations of equilibrated ordinary chondritic chromite (EC) grains, 3He and Al2O3, and 187Os/188Os ratios.

An international team shared their results in Science Advances.

About 466 Mya, a major impact event took place between the orbits of Mars and Jupiter. Space dust spread all across the Solar System, and some of it was found near Saint-Petersburg, Russia, and in the south of Sweden.

“The enrichment of stratosphere by space dust in the mid-Ordovician might have triggered the ensuing cooling and biological diversification, and, consequently, late Ordovician glaciation. This only pertains to the Ordovician glaciation, not the Permian-Triassic and the contemporary one,” says co-author Andrei Dronov, Chief Research Associate at Kazan Federal University.

Initially, the researchers were interested not in the extinction itself but the preceding Ordovician radiation. That was a significant increase in the diversity of marine invertebrates which occurred about 20 to 30 million years before the extinction.

This is not the only catastrophic event to be a focus of attention for Kazan University. Stratigraphy of Oil and Gas Reservoirs Lab is studying the great Permian extinction under the guidance of Professor Vladimir Davydov (Boise State University).

“Even great extinctions do not happen across the whole planet simultaneously. Biodiversification can happen at the same time with the great extinction. Extinctions are triggered by a number of reasons, and it's tough to determine which one is the primary. In this paper, the authors point out that catastrophes can be caused by seemingly very distant events. One can say this is also true for a person's destiny and not just the history of Earth,” comments Senior Research Associate of the Stratigraphy Lab Vladimir Silantyev.

However paradoxical that may sound, it may be that the faunal diversification happened during the glaciation. Cosmic dust seems to have been a major contributor to that.

An extraterrestrial trigger for the mid-Ordovician ice age: Dust from the breakup of the L-chondrite parent body