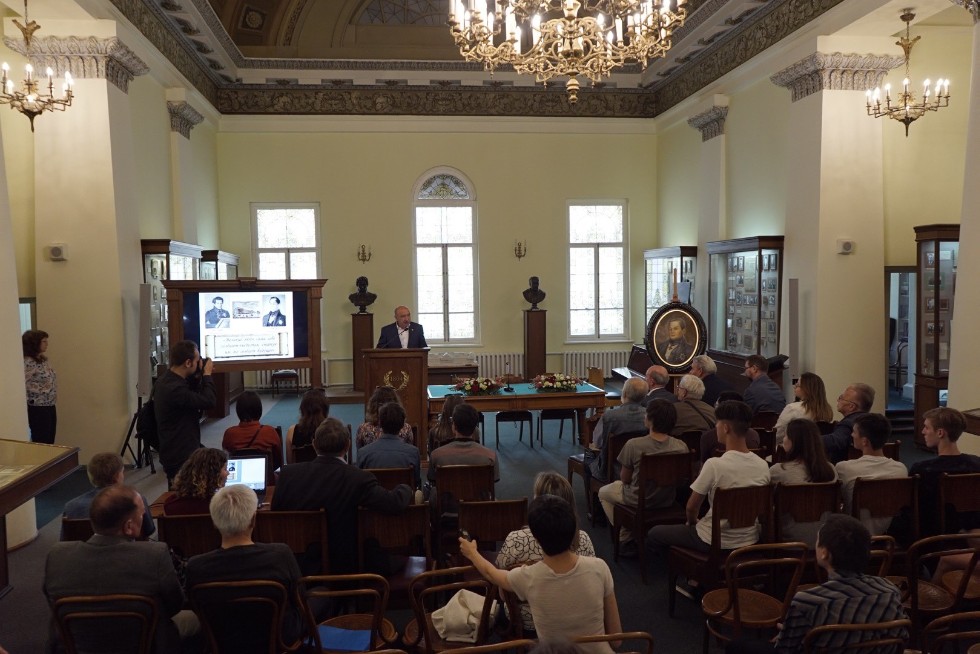 Popular lectures were held at the History Museum on 1st July.

Rector Ilshat Gafurov prefaced the lectures by speaking about the University’s history, including the department of astronomy which was the first of its kind in Russia. Renowned astronomer Simonov was one of its first students.

The floor was then given to Professor Nail Sakhibullin. He spoke about Simonov and the emergence of Kazanian astronomy school. Naturally, much was told about Simonov’s part in the circumnavigation of Bellingshausen and Lazarev. Simonov made many observations in that voyage, including the determination of the South magnetic pole. The famous astronomer was admitted to the Imperial Academy of Sciences in 1829. His other discoveries were the method of time management with the help of celestial bodies, the periodicity of change in magnetic inclinations, and the construction of a reflective dip compass. Simonov was one of the first to theorize the existence of asteroids (1822) and contributed to the earliest observations of Neptune.

Chair of the Department of Astronomy and Space Geodesy Ilfan Bikmaev then informed about the latest developments in his disciplines at Kazan Federal University. Of course, he mentioned the excellent infrastructure, such as the Planetarium, the Engelhardt Observatory, the North Caucasus Astronomical Station, and the RTT-150 telescope in Turkey.

The year 2019 is named Ivan Simonov Year at Kazan University.