Fifth meeting of International Scientific Board 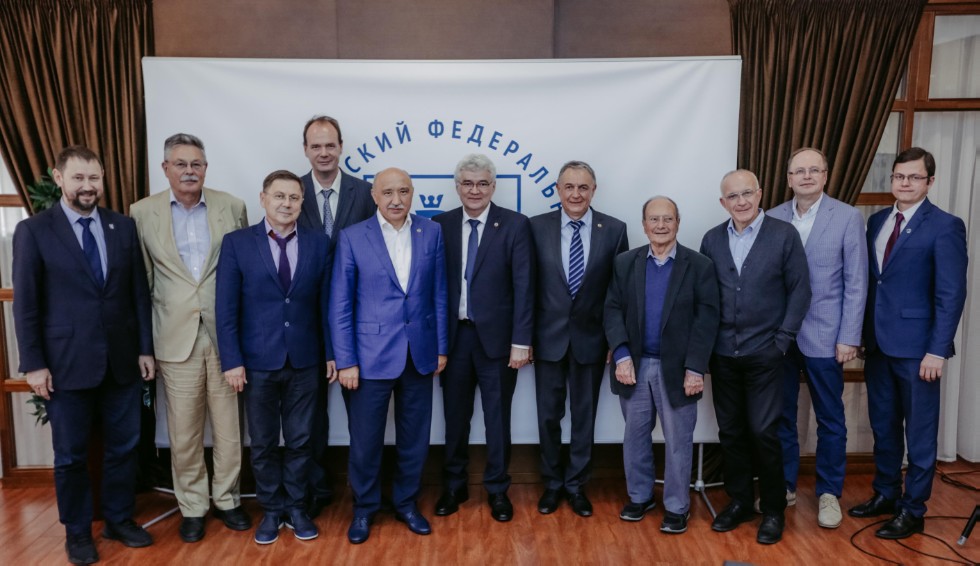 The meeting was held by Kazan University on 17th May.

Rector Ilshat Gafurov started the discussion by saying, “You’ve been able to see the changes that have happened since our las meeting [in 2017 - editor’s note]. Today, we want to talk about the problems that stall our development. We’d like to listen to your advice.”

Vice-Rector for Economic and Strategic Development Marat Safiullin was the main speaker. He covered all the recent news in strategic development areas. He noted that the university sees slower than needed progress in international employee recruitment and academic reputation growth.

It was noted that federal financing is aimed at short-term gains, which sometimes hinders the university’s vision.

The university was praised by the international experts for its effective system of young talent recruitment and involvement of young researchers into important projects. They also recommended creating a technopark to concentrate all the breakthrough achievements there.

Dr. Grimm inquired whether the university plans to rethink its priority areas, to which Rector Gafurov responded they have proved to be in line with the national development strategy and are currently functioning as designed.

Marat Yusupov said that he was very impressed with the immense changes that had happened in the University Clinic.

The meeting concluded with the reports made by four leaders of the KFU’s strategic research areas.

Takeaways from the meeting are to be used in the new roadmaps of Kazan University and its structural institutions.