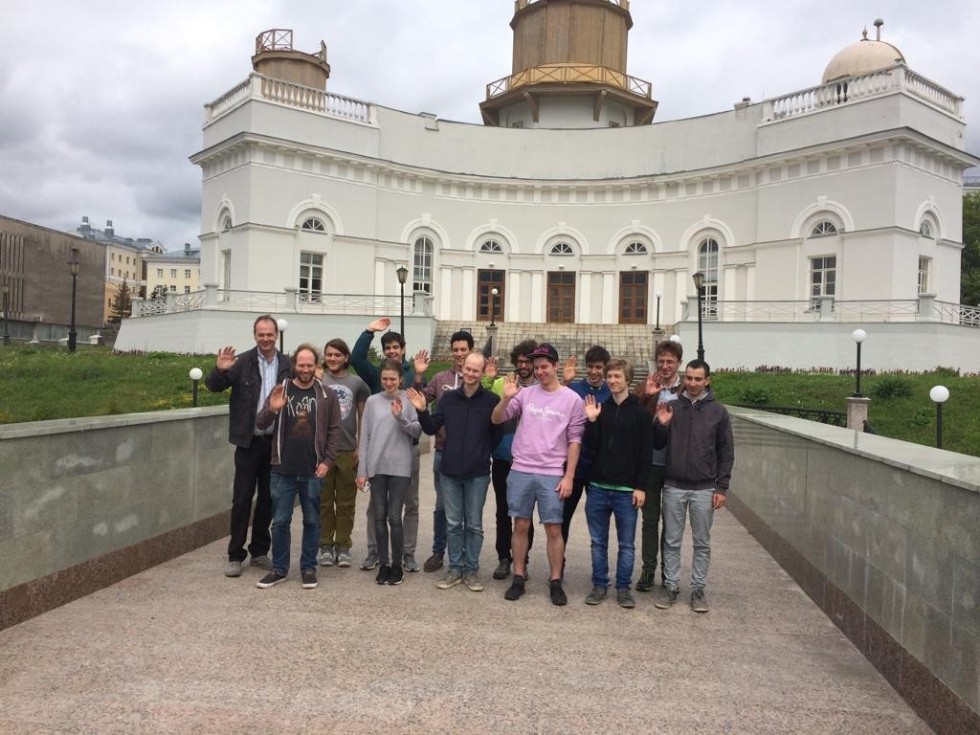 Professor Rudolf Grimm’s students have already conducted a number of experiments in optics and nuclear physics.

“I’ve been bringing my students to Kazan University since 2013. It’s very important to give them practical work, but we don’t have such excellent equipment as you have in optics and nuclear physics. We not only conduct experiments but also upload them to YouTube,” says Grimm, Chairman of the International Scientific Council of Kazan Federal University.

Associate Professor Yevgeny Dukhov (KFU, Department of Solid State Physics) adds, “We will include those experiments into an instructional textbook on neutron activation. Basically, the Austrian students repeat the experiments conducted by spouses Irène Joliot-Curie and Frédéric Joliot-Curie. They turn one chemical element into another. They must learn to deduce what the resulting element will be.”

The students have so far visited Kazan Kremlin and plan to continue familiarizing themselves with the local culture.

“Kazan is very much like European cities, but there is also a presence of Eastern culture. That’s amazing,” says Niklas Höllriegel.

“You have very friendly people - they often approach us and start a conversation,” shares Julian Daser. “That’s fresh. There is so much surprises in Tatarstan, such as cuisine, with all the sweets and meat dishes. We are all elated by dumplings, shashlik and chak-chak.”

The only regret for our guests is that they are not able to communicate with their peers – Kazanian students are currently on summer break.