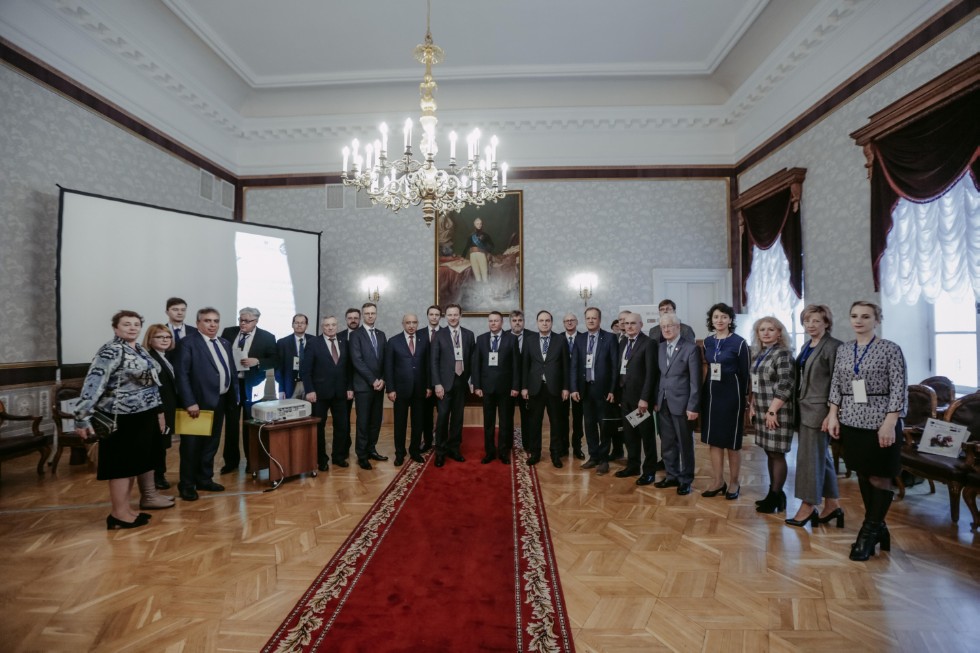 The forum is scheduled for 10th - 15th October. Three expert panels are to be held: one pertains to a polycentric world, the second – to media diplomacy and political linguistics, and the third – to international law facing religious, diplomatic and political challenges.

In his opening speech, Rector Ilshat Gafurov noted that Andrey Gromyko entered global history as one of the most artful diplomats, “Almost three decades – 28 years – which is the record for USSR and Russia – Andrey Gromyko headed the diplomacy of the Soviet Union. Many of his decisions shaped global politics and the balance of powers on the world arena. The peak of the Cold War happened during his reign, and the world was on the brink of a nuclear catastrophe, which was eventually avoided in no small measure thanks to the efforts of this distinguished diplomat. He also headed the Soviet delegation at the international conference of the Allies in Washington, D. C., contributed to the preparations for the Tehran Conference, the Yalta Conference and Potsdam Conference, which all shaped the postwar world.”

The 110th anniversary of Gromyko’s birth is a good time to think about the current Russian diplomacy, added Dr. Gafurov. It’s important to carry on what was beneficial in the history of diplomacy and transfer it to the young generation. The Gromyko Readings include a school for young experts and open lectures about political processes in Latin America.

The participants were also greeted by Gromyko’s grandson Aleksey Gromyko, Director of the Institute of International Ramil Khayrutdinov and Vice-Chairperson of the State Council (Parliament) of Tatarstan Tatiana Larionova.

Tomorrow, President of Tatarstan Rustam Minnikhanov will meet with some of the participants of the forum, including executives of institutions of the Russian Academy of Sciences.

Notably, Russian Historical Society also joined the roster of the co-organizers of the conference. Society Chairman, Director of the Foreign Intelligence Service Sergey Naryshkin sent his greetings to the attendants.