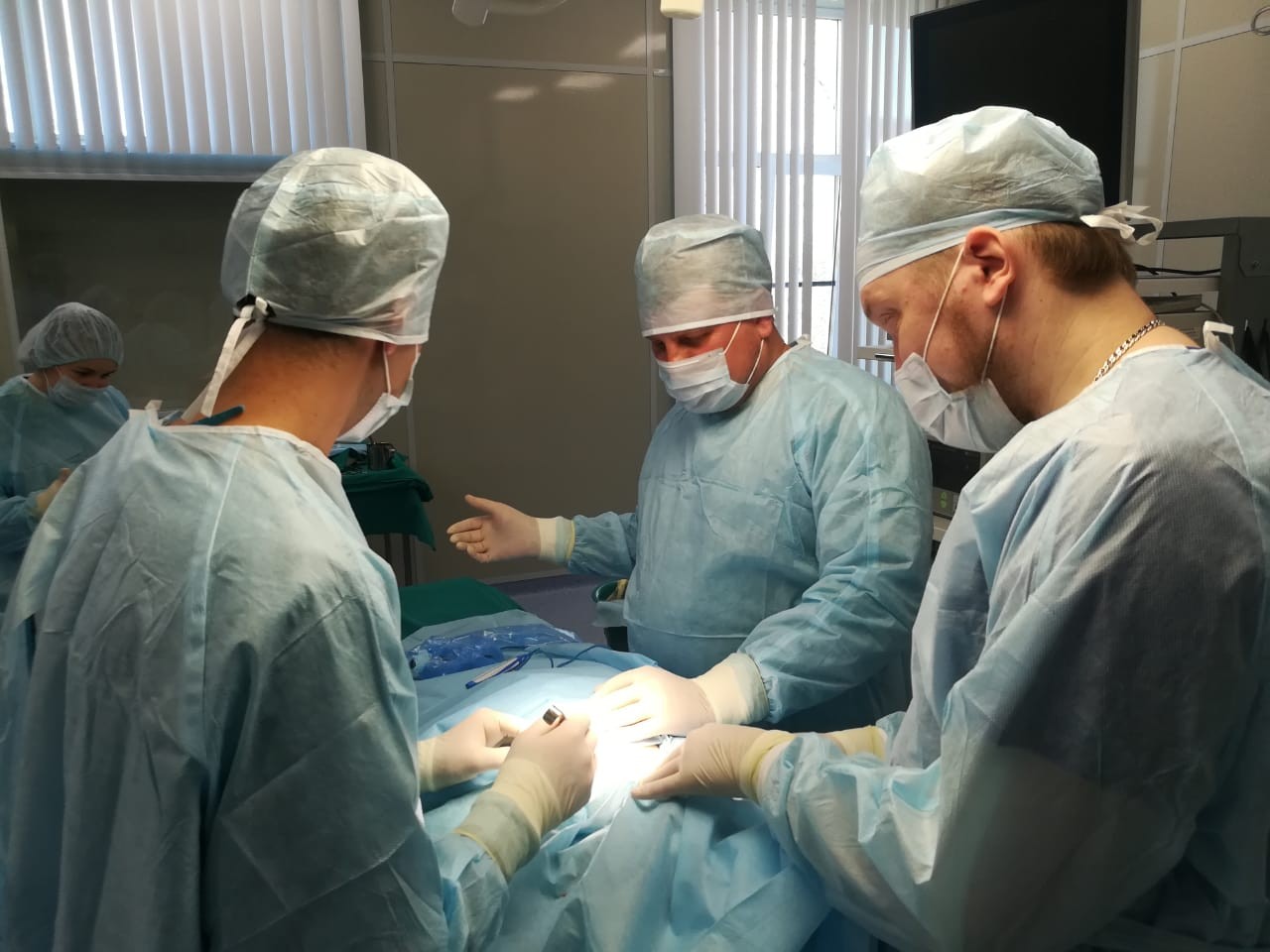 A new technique has been introduced recently.

The demonstration took place during an interregional master class in fluorescent visualization. The class was held by Sergey Zinchenko, University Clinic surgeon, Chair of the Department of Surgery, Obstetrics and Gynecology of the Institute of Fundamental Medicine and Biology.

Three hours before the surgery start, patients were orally administered a fluorescent preparation which tends to concentrate in neuroendocrine tumors. UV radiation makes them bright red, which contributes to easier visualization and significant time save during surgery.

Dr. Zinchenko comments, “All repeated procedures on thyroid and parathyroid glands bear the risk of damaging vital structures, so the success depends on the radicalism of the first intervention. Usually, such surgeries involve expensive research, which lengthens the time spent in the operating theater. With fluorescent agents, surgeons can see the outlines of a tumor and excise it radically.”

The shorter intervention takes one hour instead of two or three. Two patients, a male and a female, went through the procedure. In both cases, all four parathyroid glands were removed, and a half of the least damaged gland was then reimplanted. Both individuals left the hospital and are at home.

The master class was attended by all the employees of the 2nd Surgical Ward of the University Clinic.