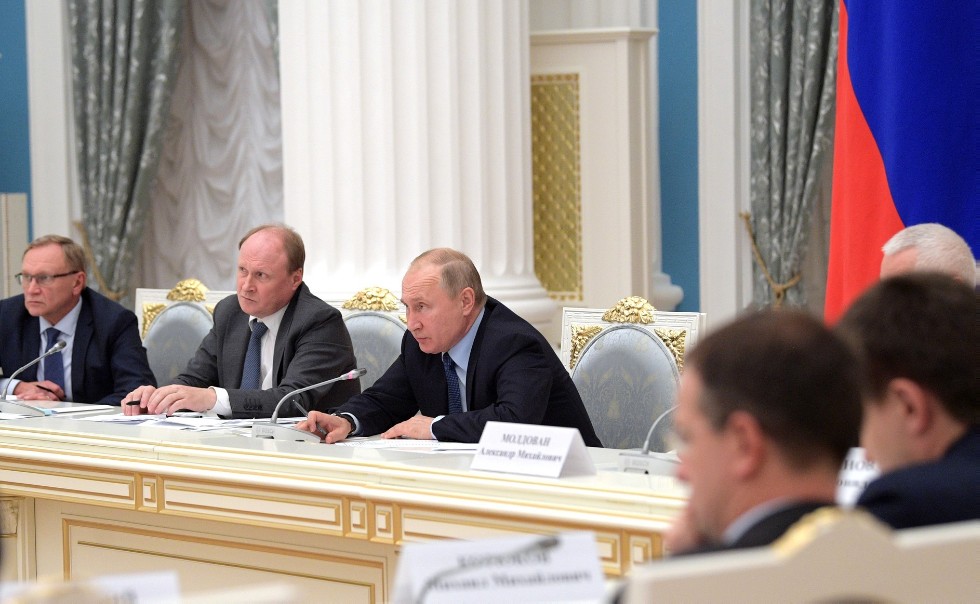 The suggestion was supported by President Vladimir Putin during the Council’s meeting in Moscow on 5th November.

The person who voiced the idea was Radif Zamaletdinov, Director of the Institute of Philology and Intercultural Communication.

“We are seeing a very productive format where members of the State Council of Russia and various commissions and councils under the President of Russia study a particular issue with experts for several days. We think that the issues of developing and promoting Russian language abroad need a similar deep pondering,” said Zamaletdinov and offered to conduct a meeting in Kazan next year.

“You invite, and we will arrive,” responded President Putin.

Dr. Zamaletdinov also offered to appoint federal universities as agents of the promotion of Russian language abroad and assign specific geographical areas to them.

“For instance, Kazan Federal University, which I represent, has had deep historical roots and traditions in studying and spreading Russian language to the Turkic peoples in different countries. Our university can act as one of the centers of promotion for Russian language in Turkic countries and the Islamic world,” he explained.

Photos: Press Office of the President of Russia