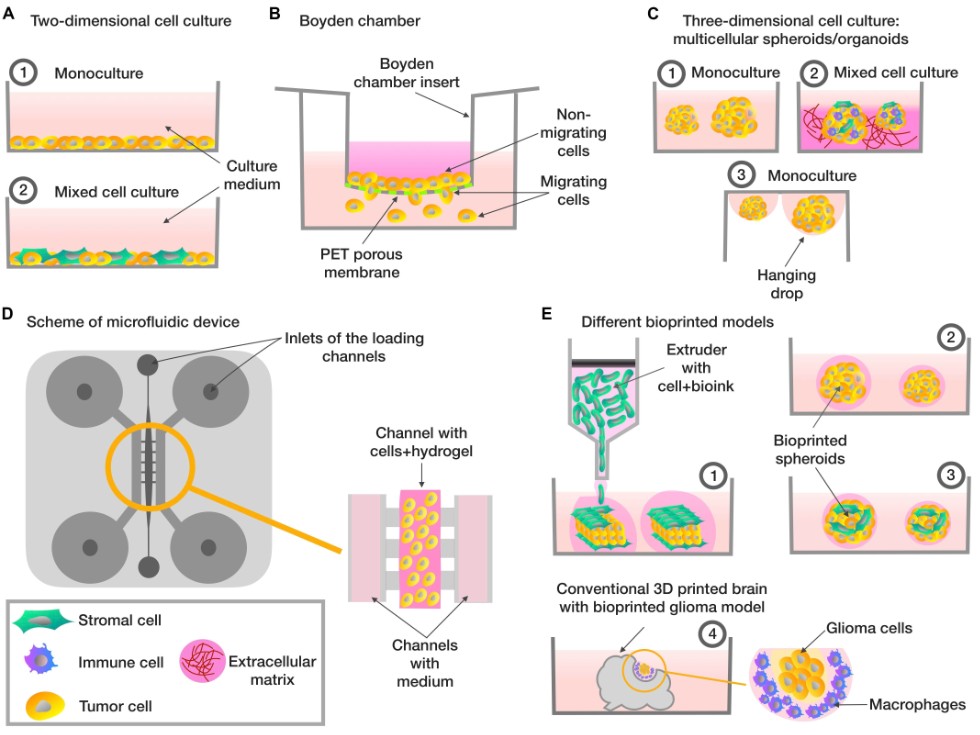 A new paper by Kazan Federal University appeared in Frontiers in Bioengineering and Biotechnology.

As we know, a malignant tumor is a complex system of mutated cells which constantly interacts with and involves healthy cells in the body. This specificity of malignant neoplasms greatly complicates the process of therapy, since the tumor quickly becomes resistant to chemotherapy drugs. Thus, there is a growing demand not only for new drugs, but also for new in vitro test systems that take into account the maximum possible number of tumor characteristics, and with the help of which it would be possible to select precisely those antitumor agents that would be quite effective under in vivo conditions and in the clinic.

The Gene and Cell Technology Lab team at Kazan Federal University has been working on this problem for five years.

In this paper, an explanation is offered of the existing in vitro test systems for the selection of potentially effective antitumor drugs, and potential research areas are proposed. Currently, there is a problem with conducting rational primary screening of substances with antitumor activity. The pharmaceutical industry is using mainly two-dimensional in vitro models, that is to say, cells growing on a flat surface. In particular, one of these models is the NCI60 panel, which consists of 60 different human cell lines of tumor origin. This is a simple and convenient tool for primary screening; however, two-dimensional models do not take into account the natural three-dimensional architecture of the tumor, complex intercellular interactions and, as a result, are not able to provide objective results. Thus, in preclinical screening, there are more and more requests for more complex models that take into account the entirety of tumor factors.

For example, using the Boyden chamber and microfluidic chip, it is possible to assess the ability of tumor cells to migrate and invade, that is, to predict how aggressively the tumor will behave in the body. Of great interest are three-dimensional tumor models, which are created with the use of several techniques. These include the use of a matrix framework in which the cells are located; the spheroid technique, in which the cells are “hanged” in the medium and form spheres; as well as the organoid method, which is based on the cultivation of embryonic stem cells or tumor explants (pieces of tissue isolated from the patient). Another promising technique is three-dimensional bioprinting, which opens up great opportunities for the creation of realistic models of tumor tissue. Moreover, in each of the techniques, it is possible to use not only tumor cells but also cells that are usual components of tumor tissue in the body - fibroblasts, stem cells, immune cells, etc. Thus, this review gives an idea of the screening of potential antitumor drugs using in vitro models, which is of interest to researchers and clinicians from various fields, including pharmaceutics, preclinical studies, and cell biology.

The development of new approaches to the screening of anticancer drugs is pertinent in light of the growing prevalence of cancer. The selection of an appropriate tumor model at the stage of in vitro drug testing provides a reduction in financial and time costs for the search and testing of promising antitumor drugs.

One of the trends of the last decade has been the use of 3D bioprinting, thanks to which, in theory, it is possible to print fabric with the desired architecture with a sufficiently high resolution. Although at the moment there is no universal protocol for such printing or that of a standard type of tumor tissue used with it, the importance of its further development is indisputable.