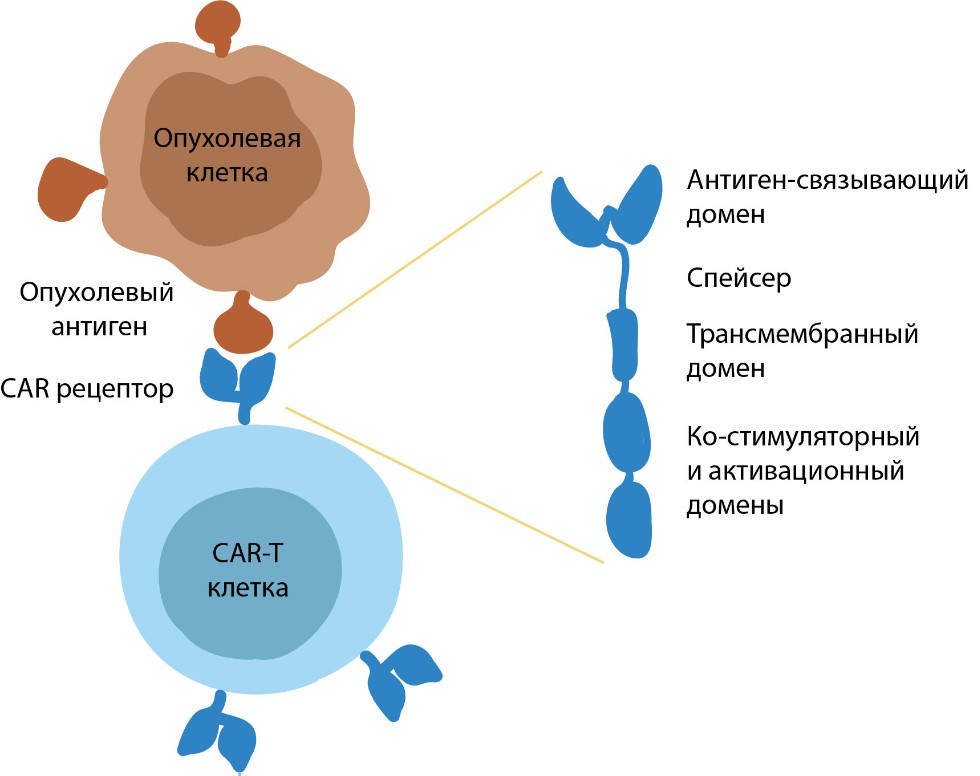 The project was aimed at “teaching” immune cells to react to a tumor.

The full title of the research is “The study of the mechanisms of effectiveness of T-cells CAR-T towards solid tumors”; it was supported by nonprofit RakFond (Cancer Fund) and CyStoreLab (a resident of Skolkovo).

Immunotherapy with genetically modified lymphocytes, such as CAR-T cells, is one of the most promising branches of modern fundamental and clinical oncology. A CAR-T cell is a T-lymphocyte with a gene encoding a chimeric antigen receptor, or CAR receptor, in its genome.

“To simplify the concept, we can say that a T-cell is a soldier of the regular forces, and a CAR-T cells are special forces performing particularly difficult tasks. At the same time, CAR-T cells can be ‘given a command’ to destroy almost any type of tumor,” explains project lead Emil Bulatov, Associate Professor at the Department of Biochemistry, Biotechnology and Pharmacology, Leading Research Associate at the Gene and Cell Technology Lab.

The process is as follows: tumor cells contain certain “beacon” proteins on their surface, by which CAR-T cells can find them in the human body and destroy them. In the case of hematologic diseases, one of these proteins is CD19, which is located on the surface of B cells. In the case of solid tumors, the HER2, PCSA, ROR1 proteins can serve as such beacons. It is the fight against solid tumors that is one of the most complex and interesting problems in this area.

Currently, there are only two approved biomedical cell preparations based on CAR-T cells for the treatment of hematologic diseases in the world (Kymriah and Yescarta). However, despite the success of CAR-T cell therapy for the treatment of hematologic diseases, the question of its effective use against solid tumors (carcinoma, neuroblastoma, etc.) remains unresolved. This is due to several reasons, such as high heterogeneity of the cell composition of solid tumors, immunosuppressive tumor microenvironment, difficulties in penetrating the tumor stroma, local hypoxia and a lack of nutrients inside the tumor. Given the high prevalence of solid tumors, the search for ways to effectively use CAR-T immunotherapy for their treatment is extremely relevant.

“Together with colleagues, we have already conducted preliminary experiments on xenograft animal models with a seated tumor, and the results are very encouraging. The data obtained on cell models of solid tumors were generally confirmed in subsequent experiments with immunodeficient mice,” states Bulatov.

The use of CAR-T cells was non-toxic to mice and resulted in a marked reduction in tumor size.

“We believe that this work will bring us closer to creating domestic CAR-T-cell preparations and to treating cancer patients. The first stages of translating our results into practice will be held at the Center for Precision and Regenerative Medicine of Kazan Federal University,” concludes the researcher.