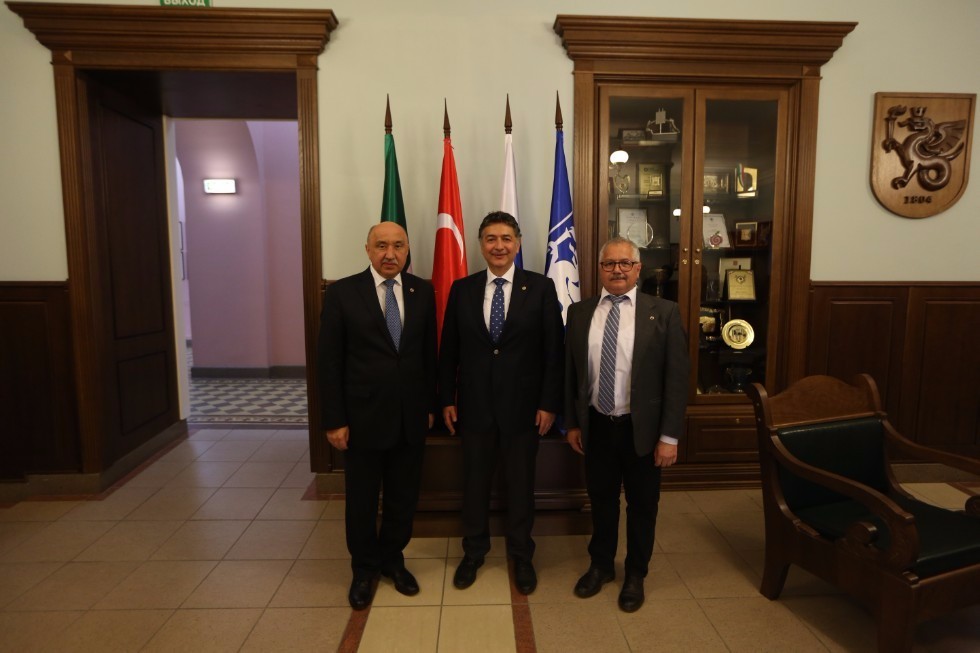 The talk was preceded by a collective meeting with President of Tatarstan Rustam Minnikhanov ambassadors of foreign states who arrived to partake in KazanSummit 2017.

Tatarstan is very active in its cooperation with Muslim countries. The work is conducted through many channels, one of them being the Strategic Vision Group “Russia – Islamic World”. President Minnikhanov noted that KazanSummit is a unique ground for such dialog. KFU, of course, has many links with partners in the Muslim world.

Bosphorus University shapes up to be one of such partners, as the today's sit-down showed. BU is one of the oldest universities in the country, having been founded in 1863 by American citizens. The instruction is conducted exclusively in English.

KFU and BU are quite similar in their goal-setting of achieving the Top 100 in global rankings. The guests visited the Institute of Physics and plan to visit KFU's medical facilities. Possible cooperation areas that have so far been outlined are robotics, medical simulators, and new materials. Another set of contacts may arise in humanities, including culture studies and languages.

Rector Gafurov also mentioned special programs for international business employees. KFU's experience includes such cooperation with Haier – it has proved to be fruitful. Turkish colleagues appeared to have had such programs as well.

The sides agreed to make more detailed offers to each other in this and other areas.