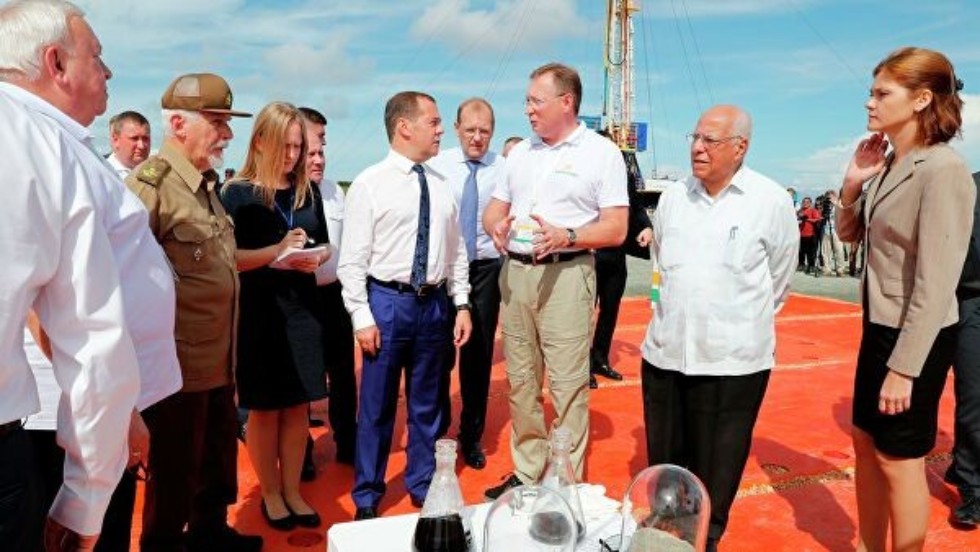 Prime Minister of Russia Dmitry Medvedev visited an opening ceremony for a horizontal well on the deposit on 4th October.

In this particular case, catalytic aquathermolysis is used. Boca de Jaruco can store up to 3.7 billion tons of heavy bitumen oil, and standard extraction technology is not very helpful here.

The ceremony on 4th October was also attended by Deputy Minister of Energy of Russia Anatoly Tikhonov, Chairman of the Board of Directors of Zarubezhneft Yevgeny Murov, and CEO of Zarubezhneft Sergey Kudryashov.

Three horizontal wells are currently scheduled for drilling. Some technologies to be tested are steam cycling, steam-assisted gravity drainage, and in-situ refining with catalytic aquathermolysis. The latter is proposed by Kazan Federal University.

Cuba is mostly known for heavy oil reserves. Kazanites have been working with Cuban colleagues for a few years now in this area.