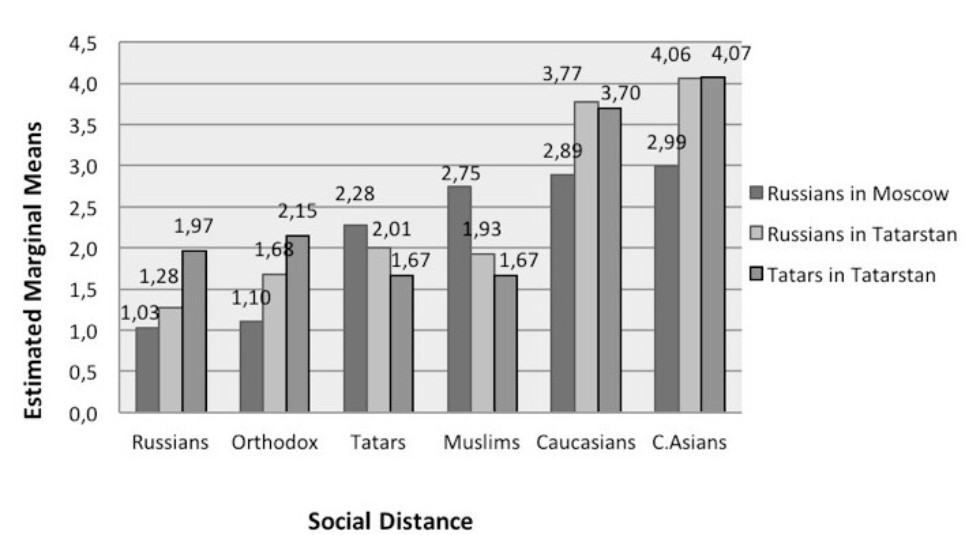 The paper came out in Journal for the Study of Religions and Ideologies.

Many countries today face the difficulties of teaching kids of religious and ethnic minorities. Schools are especially important in general adaptation processes.

Co-author Rezeda Khayrutdinova notes, “A teacher's role in this process is of critical importance. That's why it's imperative to understand teachers' attitudes towards ethnic and religious groups in school. After assessing those attitudes, it becomes possible to help inform a teacher, give them the necessary knowledge and influence their opinions of cultural diversity to the better.”

The problem has become more than pertinent from Russia, a traditionally multiethnic country facing new waves of immigration. This particular research concentrated on Moscow, Moscow Oblast, and Tatarstan – three diverse regions with significant migrant populations. “According to migratory flow data in Russia the largest number of migrants come to the country from Ukraine (31%), Kazakhstan (12%), Uzbekistan (11%), Tajikistan (9%), Armenia (8%), Kyrgyzstan (5%), Azerbaijan (4%), and China (2%). Tatarstan is ranked the sixth in terms of the total number of immigrants in Russia. Estimated number of registered migrants in Tatarstan is slightly more than one hundred thousand people. 30% of them are labour migrants,” says the paper.

355 teachers were questioned in 2016 and 2017. They were found to have mostly positive attitudes towards minorities, “The results show the least social distance was from Russians, Orthodox Christians, Tatars, and Muslims. <…> This suggests that on average, respondents find it acceptable to be neighbors or coworkers with members of these ethnically and religiously diverse groups.”

Muscovites were found to have shorter distance with Central Asian and Caucasian people, whereas in Tatarstan the teachers are more accepting of Muslims. This is attributed to the quantity of cultural contacts with respective groups.

“The results will serve to create a large-scale research to study factors that increase teachers' positive attitudes towards various ethnic and religious groups,” adds Dr. Khayrutdinova.

The scientists also aim to know how cultural diversity acceptance is reflected in attitudes towards pupils in the learning process.