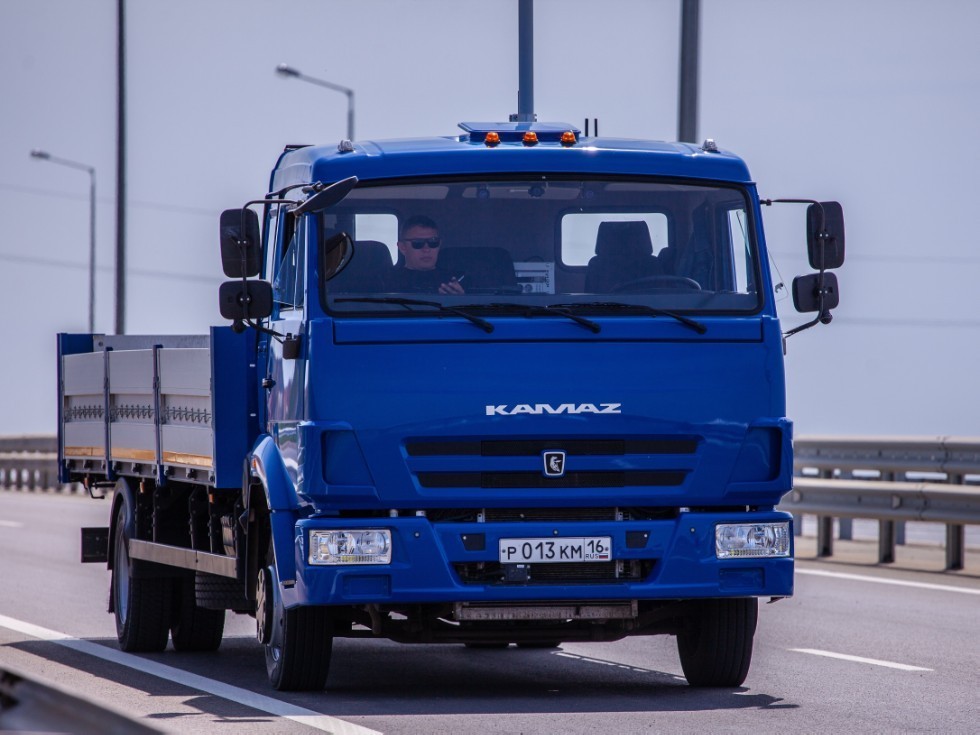 A group of driverless vehicles drove along a special section of Novorossiysk – Kerch road on 8th May.

One of the five cars was KAMAZ-43083, a joint driverless project by KFU and eponymous automotive giant.

During their 10-kilometer trip, the vehicles changed lanes, detected road signs, accelerated and braked, crossed a junction, and avoided obstacles. Engineers were in the drivers' seats to control movement.

Minister Sokolov tested KAMAZ personally and was very content with the outcome. He noted the outstanding precision and reliability of driving algorithms.

Several weeks ago, Associate Professor Dmitry Chikrin, Head of KFU-KAMAZ Driverless Vehicles Group, explained to our correspondent how the autopilot system had been programmed.

Yesterday's test run was the final event of the first stage of Caravan Project. The project is aimed at establishing Russia-wide infrastructure for driverless and electric transport. Minister Sokolov said that Caravan is an example of actual digitization of the Russian economy and an important inaugural step for further initiatives.

The federal government has already ordered to open a test section for driverless and electric vehicles on M-11 route (Moscow – Saint-Petersburg) on 30th November 2018.

The other two routes planned for driverless traffic before 2021 are A-181 Scandinavia and Kazan – Naberezhnye Chelny.