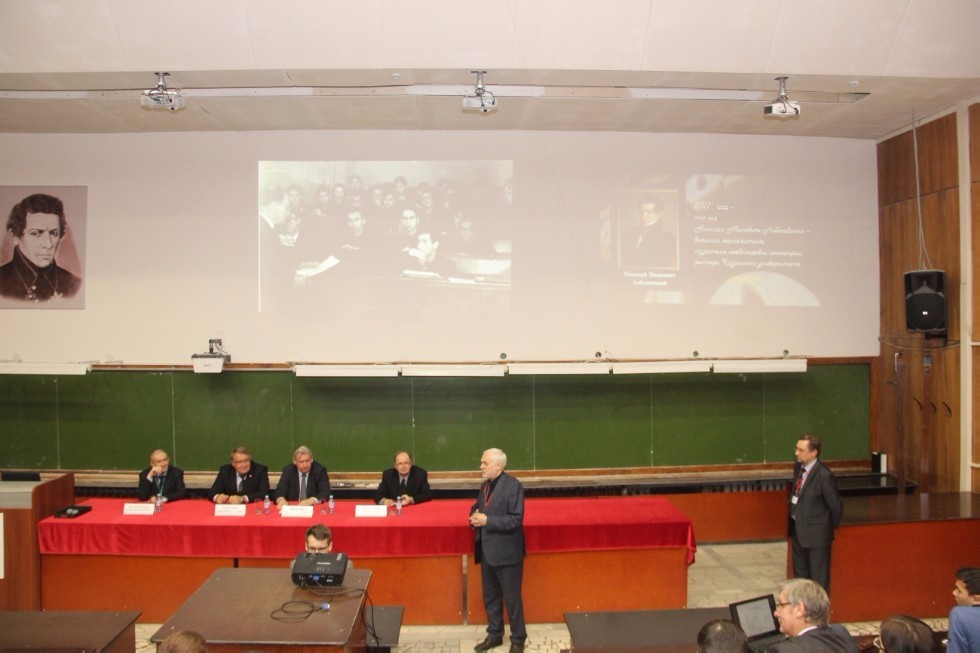 The traditional conference on gravity, astrophysics and cosmology is being held on November 27th – December 2nd this year.

Vice-Rector Dmitry Tayursky greeted the participants and noted that this week is marked by the Lobachevsky Medal and Prize ceremonies culminating on December 1st when laureate Richard Schoen will receive this year’s award.

Dr. Tayursky also congratulated Professor Asya Aminova, the organizer of Petrov Readings since 1987. The current person in charge is Chair of the Department of Relativity Theory and Gravity Sergey Sushkov. Notably, both distinguished scholars are parts of the team which received this year’s Tatarstan State Prize in Science and Engineering.

The guests were also welcomed by Member of the Russian Gravitational Society Vladimir Mostepanenko, Director of the Institute of Physics Sergey Nikitin, and Head of SAU AstroChallenge Oleg Sherstyukov.

Petrov Readings are named after Aleksei Petrov, the founder of the Department of Relativity Theory and Gravity (which is still the only such department in Russia). Apart from his inquiries into physics, he was also an important representative of the Kazan tradition of geometry most prominently represented by the discoverer of non-Euclidean geometry Nikolai Lobachevsky. Professor Aminova talked about this and other links between Lobachevsky and contemporary research in her introductory lecture.

Overall, more than 100 scientists have arrived to join the readings, including colleagues from USA, France, Portugal, Spain, Italy, India, and Brazil.