A young scientist from LIRS KFU participated in the 10th Republican youth forum "Our Tatarstan. Territory of opportunities" 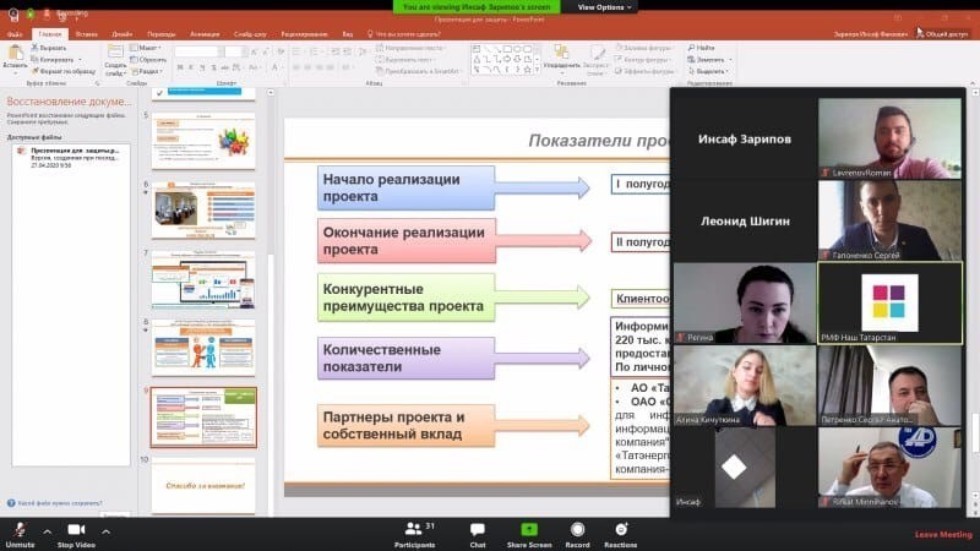 On April 27, Roman Lavrenov, Senior Lecturer of the Laboratory of Intelligent Robotic Systems at the Higher Institute of ITIS KFU, went through internal stage of the republican contest “Our Tatarstan” 2020 and spoke online to experts from the “Territory of Elements of Situational Centers”. The theme of the project is “Autonomous return of robotic devices in emergency case”. According to the results of this stage, Lavrenov R.O. became one of five competition finalists.

The annual republican contest "Our Tatarstan" is a platform for discussing pressing issues of youth policy of the Republic of Tatarstan. Young people aged 14 to 30 years, authors and participants of youth projects and initiatives have the right to participate in the Forum. People representing the category "Young Scientists" have the right to participate in the Forum up to 35 years of age. Over the nine years of this competition, more than 9 thousand projects were reviewed. From 15 to 20 projects are selected during the correspondence stage, and then go to the internal stage in eight categories: “Territory of Innovation”, “Territory of Sports”, “Territory of Entrepreneurship” and others.

This year, the internal stage was held in the mode of video conferencing in connection with the self-isolation mode introduced in Russia. Among the experts were Minnikhanov Rifkat Nurgaleevich (The head of the State Budgetary Institution “Road Safety”), Dyagterev AG, Biryaltsev EV (Institute of Applied Research of the Academy of Sciences of the RT), Farakhov I.R., Akhmetov R.R. (GBU "Road Safety") and scientists from Kazan universities.