On April 29, the exhibition of robotics 'Robostantsiya' took place in Moscow.
Main page \ Academic Units \ Physics, Mathematics and IT \ Institute of Information Technology and Intelligent Systems

ITIS at the exhibition of robotics 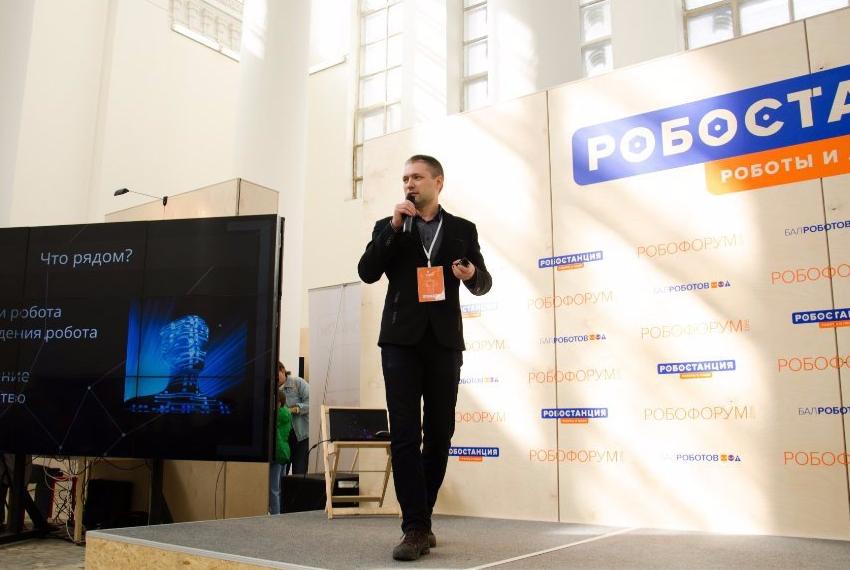 On April 29, the exhibition of robotics “Robostation” took place in Moscow.

Robostation is an exiting event where people and robots can ask each other questions, learn and get to know each other. There are lectures and workshops, where the world's leading experts speak about their vision of the world of robotics. 25 of the most unusual robots were on display, from the UK's famous robot-humanoid “Thespian” to Ireland's “The Cubinator”, who holds the Guinness world record for solving a Rubik's Cube (under 20 seconds), as well as many others. On May 1, the head of the ITIS Software Engineering Department Maxim Talanov contributed a lecture “Artificial Intelligence, or why do robots need consciousness?” On his arrival, Maxim Talanov gave his impressions on Robostantsiya and on the robotics industry in general:

- What is your opinion about the level of development of the robotics industry in the world and in Russia?

- At the moment the major breakthroughs are happening abroad. A vast amount of industrial robots are manufactured in China and in Japan. This is a serious industry, ranging from valves to the automated assembly of cars. For example at the Volvo factory 90% of operations are automated – just 10% of operations are performed by people. We often forget this and look at robotics from the point of view of anthropomorphic (humanoid) robots, but in industry it is already very highly developed.

- How can robotics  be applied in educational?

- Here the “Roboschool” is very good – it engages people, and there has been a great deal of interest from schoolchildren. It allows them to see how a robot works with their own eyes – how it starts, runs, jumps, squeaks, and so on. This natural interest extends not only to the robots themselves, but also to their programming. For example, how can you change their behavior? Right now it is very relevant. And if we miss this moment then we are missing out on young people – missing the chance to capture the imaginations of talented potential engineers, programmers and scientists, who in the future could become interested in the language of programming, mathematics, statistics, artificial intelligence and countless other fields.