Department of Algebra and Mathematical Logic﻿ 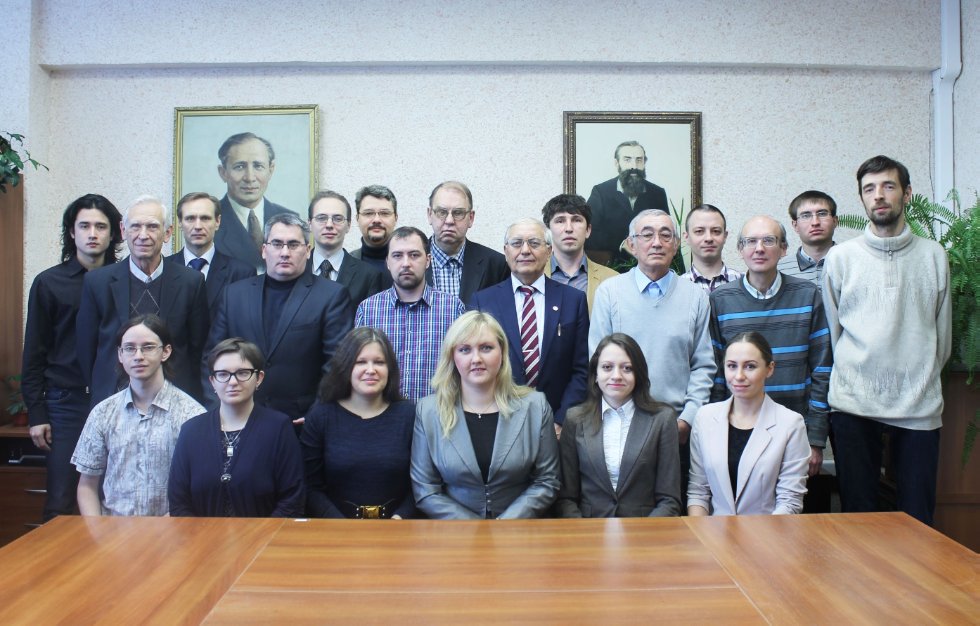 The algebra studies common properties of operations and transformations with sets satisfying to some laws. These laws, i.e. axioms, which define these operations, can be completely different, depending on a problem. In this case we get such algebraic objects, as groups, rings, fields, al­ternative algebras, Lie algebras etc.

Now these traditions are prolonged by V.V.Morozov schoolboys U.B. Ermolaev, I.I. Sakhaev and also other employees of chair, who works in different areas of algebra. On chair of algebra there are fruitful researches and on other scientific direction - logic theory. At pre-revolutionary times in Kazan university the activities in mathematical logic were also exe­cuted by P.S. Proreckii, N.A. Vasiliev, N.N. Parfentiev. The first course of lectures on mathematical logic in Russia was also read at the Kazan university by professor Proreckii. However there were no stable traditions in this field. It is possible to say about indirect eligibility at formation of school of logic theory in Kazan State University in 70th. The source of this eligibility was served first of all by professor Morozov (1910-1975), miscellaneous scientist who had a high level of mathematical culture.