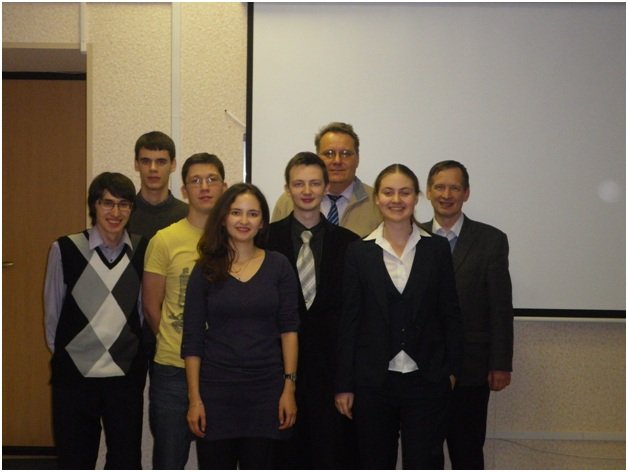 As human notions of nature broadened it became clear that the way of linear analysis “from simple to complex”, which was offered at the time of Descartes and which rational thinking is based on, had run out of steam. Rampant development of new technologies requires both absolutely new type of scientists who could generate new fundamental ideas and efficiently apply them in practice, and new-generation engineers who are able to deeply understand fundamental sciences and successfully work with state-of-the-art high-technology equipment. Purpose of the Master's Degree Programme “Physics of Complex Systems” is teaching to analyse complex systems without dividing them into simple components, train elite scientist-managers who are able to work both in the sphere of science and its organizing under high uncertainty and risk conditions, and who are also able to quickly and efficiently respond to arising problems. The developed Master's Degree Programme “Physics of Complex Systems” will form the following competences and skills with students:

Training-and-Research Centre “Physics of Complex Systems” was founded in 2009 by Professor Dmitry Tauyrskiy with the purpose of implementing the innovative international program for Masters training in cooperation with the Institute of Mechanics and Modern Materials Science – ISMANS (Le Mans, France). In 2011 the first graduates completed Master's Degree Studies. All the graduates were admitted to Post-Graduate Studies in – KFU (Kazan, Russia), RIKEN (Wako, Japan), CEA (Grenoble, France).

There has been a laboratory for computer designing of new materials organized on the basis of the Training-and-Research Centre “Physics of Complex Systems”. Based on MedeA software package one can forecast material properties using modeling methods. The complex is unique by its opportunities and is used in the world's leading laboratories (Japan, USA, Europe).

The main fields of scientific activities are:

The post-graduate student of KFU, graduate of the Department of Physics of Complex Systems, D. Zvezdov, is currently making experiments in this university.