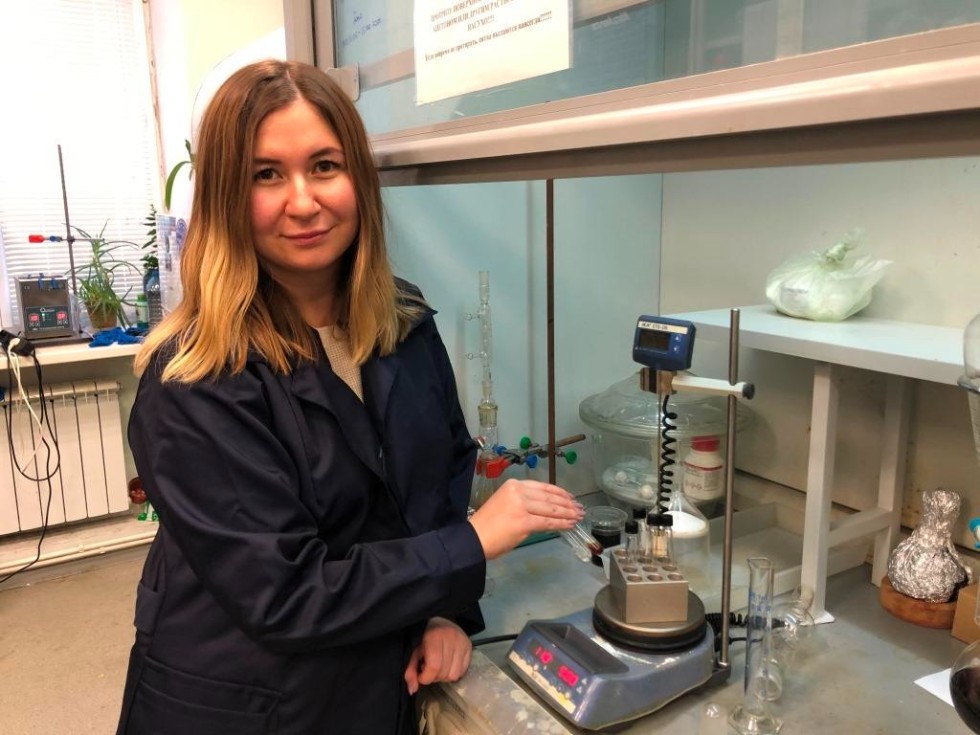 She is one of the winners of Russian Presidential Grants.

Sultanova's project is called 'Supramolecular and polymers systems based on derivatives of thia/calixarenes in creating photo-catalytic active composites.' Photo catalysts are one of the promising areas of contemporary chemistry because they use one of the most widespread sources of energy – sunlight.

For this purpose, the researcher chose derivatives of thia/calix[4]arene. They can be easily modified to obtain different structures.

“Earlier, we synthesized new positively charged derivatives of thia/calix[4]arene with different fragments – alkyl or diacetylene. These structures can self-assemble into supramolecular aggregates, and diacetylene variants can polymerize under radiation. Supramolecular polymer nano-containers can stabilize various nano-particles across their surface and/or in their hydrophobic parts, which creates inclusion complexes through various non-covalent interactions,” the interviewee explains.

Titanium dioxide, calixarene derivatives and particles of gold, platinum and palladium will be used to create various composites, and then their photo catalytic properties will be experimentally checked for pollution remediation purposes.