GARBAGE AS A DESIGN OF GLOBAL SOCIAL REALITY 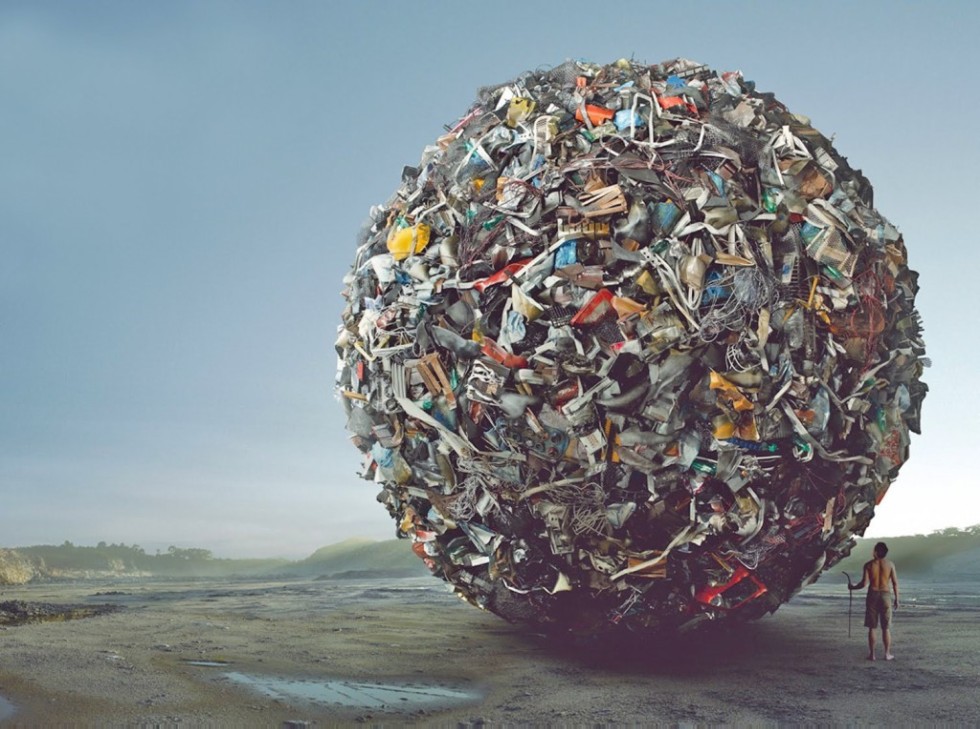 "What has motivated you to study waste?" - my colleagues often ask me. Perhaps, here two theses could be defined as a scientific motivation. First of all, the ontological meaning of the rubbish is considered. What we call waste, can vary depending on the context: when we separate the "right" from "unnecessary". Moreover, this is related not only to the material things but also to the daily decision-making process- for example, prioritizing tasks and planning the day, separating "one's" from "someone else's", "clean" from "dirty", "useful" form "useless." A simple cognitive function of separating one from the other has much larger consequences when a clash of cultural action patterns occurs. In the global context, cultures are strongly differentiated in terms of the perception of clean and dirty, which generates a certain level of pollution as a consequence of knowledge about waste. An example of this is the sharp contrast that we see in the hygienic habits of India and Europe, Asia and the West.

However, despite the socio-cultural and economic differences between countries, the world is now interconnected. Ecologist Barry Commoner has already formulated these provisions in his rule: "everything is connected with everything" and "everything must go somewhere". Waste is a natural and universal consequence of human activity; accumulating, they have an increasing influence on the social world. Now it is considered that the state and its geopolitical borders determine the division into "our waste" and "yours". However, in reality, waste is not a subject to such rules. Atmospheric emissions and liquid discharges into the hydrosphere circulate along with global flows outside the administrative boundaries. The waste that remains in the soil hinders the process of its restoration for hundreds of years, removing soil from land use. Waste is not only accumulating, but also is spreading everywhere. Therefore pollution becomes a global problem, and a mistake (in this case, our actions) might be only local, but constantly repeating over a long period of time. A bright case that can illustrate an example of such a local-global sequence is a rubbish spot in a Pacific ocean: "Eastern Garbage Patch" or Pacific Trash Vortex (see Fig. 1). Local island and nearby states, as well as ships from the middle of the 50s of the XX century, dumped in the ocean waste, among which there was a lot of non-decomposable material, and on oceanic currents formed a funnel consisting of garbage. This area approximately varies from 700 thousand to 1.5 million km² or more (from 0.41% to 0.81% of the total area of ​​the Pacific Ocean). Another example is the Chernobyl disaster, the radioactive emissions of which have spread along half the world. 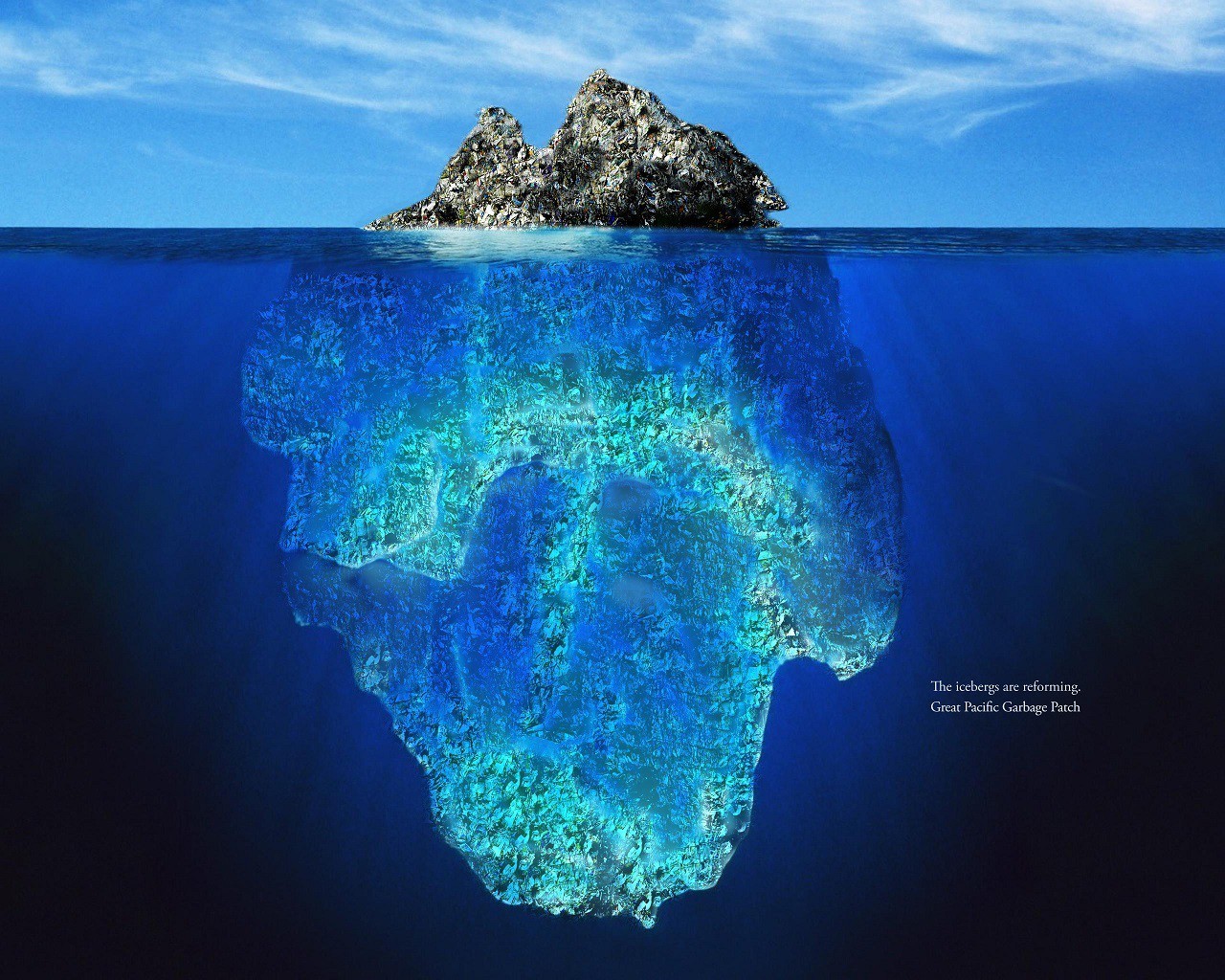 Fig.1. The waste that we can see is the only visible top of the iceberg

Similar to chemical pollutants chemical weapons never stop in the area where they are most active, and unfortunately, this conclusion as a scientific axiom is formed only after decades, with each pollutant having its own tragic history (pesticides, chloro-organic compounds, and refrigerants, herbicides, drugs, oil spills, mercury spills, etc.). The reason for this is short-term human goals and the lack of ability to forecast how this or that chemical will influence the nature after a certain number of years and how it will fall into the metabolism of a human or animal organism. It might be said that you can foresee it if you model a different system for the production of things and chemicals, laying out a set of resources in the planning of wasteless production.

Consequently, regardless of the division into a developed and developing world, countries will produce waste and polluting influences. Therefore, we need to create some kind of contract, which will standardize and control pollution. Here it is not an idealistic opinion of the ecologist, but the actual task for the next decade.

However, of course, there are solutions exist. In the 1970s, the Rome Club, in its report on the limits of growth, has already formed the key role of pollution and waste as the main obstacle to the growing population towards an economically sound society. The model of unlimited growth was to stop thinking about natural resources as endless and uncontaminated. Therefore, the goals of sustainable development until 2035 are an important conceptual basis for building a specific management model. It includes several main industrial tasks based on the system approach:

Make cities sustainable, safe, inclusive-oriented, which means creating a collection and recycling service that is accessible to the entire population and safe for the environment. By 2020, to increase the number of cities with a resource-efficient structure and resistance to disasters. By 2030, reduce emissions and adverse environmental impacts, provide access to the city's resources and reduce the number of slums that mostly contribute to the pollution in developing countries.

Ensure a safe and healthy long life for different groups of the population. By 2030, significantly reduce the number of deaths and diseases that depend on the effects of hazardous chemicals: air, water, and soil. For this, it is necessary to study the risks of different agents and groups included in the process.

Ensure sustainable and responsible consumption. By 2020, to achieve environmentally sound management of chemicals, guided by the principles of "green chemistry" in the production of goods and services, to reduce the influence of the human factor, to change and impart responsible patterns of environmental practices that are studied by the social sciences. It is necessary to create the scientific and technical basis for developing countries in the field of waste management.

Reduce the amount of food waste, create an agricultural and food structure that could provide food for the entire population. By 2030, it is necessary to redistribute food flows in such a way as to halve the world level of food waste per capita in retail trade and to reduce food losses in the production process and in the supply chain, including losses after harvest, to provide safe food for human health.

Reorient the industrial sector and workplaces, taking into account the waste problem solution. Create green growth, environmentally and socially oriented economy- create "green" jobs, ensuring the growth of micro, small and medium-sized enterprises by creating places for socially-exclusive groups: migrants, single mothers. To reduce and eradicate the level of illegally practiced shadow market of waste processing, the level of child labor use in garbage dumps. This requires more detailed social studies of the shadow market and its practices.

Reduce the number of water resources used, and the number of polluted water areas by 2030. Develop a solution to the problem of plastic rubbish in the world ocean.

Significantly reduce and by 2030 eliminate uncontrolled pollution (landfills) and unsafe waste incineration. Since chemical and domestic waste involves a number of irreversible changes in ecosystems, contributes to the degradation of bioresources and biodiversity, it is necessary to consider the problems of local territories pollution.

The most frequently used framework is the so-called "Lansinka" staircase, where the main measures for the waste management were considered in accordance with the degree of their preference. The "most preferred" method here means greater management control and includes more decision elements in the planning phase.

However, paying attention to the goals of non-waste production and sustainable cities planning is only one side of the problem solution. We need to pay attention to the problem that we identified in the beginning - the culture, the process of separating the "necessary" from the "unnecessary".

What is the most common idea of ​​the pollution rate? This is how we act: after using the product, we see only its final result (waste), without attaching importance to the entire chain - the production of the product, its operation and the "service life", the material from which it was made, the process of its utilization, etc. It is necessary to have early system thinking for solving the existing problem.

Other news and announcements
Moscow Annual Climate Forum: the notes of the forum participant
International Moscow Urban Forum 2019: a reflection on the cities of the future
Summer School on Network Analysis
Consent and Critics: A Brief Review of the St. Lockie's article entitled the 'Sustainability and the Future of Environmental Sociology'. Environmental Sociology, 2016, 2:1: 1-4.
The II Climate Forum of Russian Cities, September 6 - 7, 2018
Participatory modeling as a way of involving stakeholders in the formation of social policy: a point of view within the process
Polina Ermolaeva participated in the XIX ISA World Congress of Sociology (Toronto, July 15-21, 2018)
Âőîä â ëč÷íűé ęŕáčíĺň
Çŕáűëč ďŕđîëü? Đĺăčńňđŕöč˙