I specially kept the three years distance waiting to new pro and contra arguments related to this very acute issue. Since they are not followed I may consider the points set forth by St. Lockie as one of more or less common view on the issue.

I completely agree with the author's arguments that: (1) the capitalist relations and therefore an exploitation of people and environment do matter; (2) social and environmental issues are tightly interdepended; (3) we are needed in the multidisciplinary programs: (4) 'moving from general agreement about the meaning (i.e. of sustainability notion?) to concrete plans and actions is notoriously difficult'; (5) that 'many companies and governments do attempt to “greenwash” their activity appealing to by ambiguous claims to be “environmentally friendly” and “socially responsible”, etc. (p.1).

But in our times such dichotomy approach is not correct. Actually, we are now living in an integrated sociobiotechnical environment. In particular, it means that the times of the sociology as a 'one-dimensional discipline' are coming to an end. To reply to the sociobiotechnical environment challenge we should haven't not 'multidisciplinary' but the interdisciplinary research instruments at hands. A complex analysis of environmental issues has to be really complex.

Besides, the cyberspace has a very complicated and mobile structure because it consists of not only networks but of virtual agents and their girds. These agents are competing with each other for an influence, publicity, political domination and virtual space. Ask yourself from what particular environment are you dependent the most? It's quite naturally that from the cyberspace because it's the most economically and politically powerful, and therefore the most significant for each of us, and for global community at large.

Even the first glance on the UN list of the 'Sustainable Development Goals' (p. 1) shows that all of them are the good wishes only. For example, the goals the 10, namely 'Reduce inequality within and among countries' or the goal 11, 'Make cities and human settlements inclusive, safe, resilient and sustainable' are no more the forms of wishful thinking because they are all based on the competition principle and the struggle for resources, be it information, materials, territory or highly skilled labor power.

But in accordance of the key ideas moved forth by Z. Bauman, U. Beck, M. Castells, J. Urry and some other outstanding sociologists, any sustainability as a more or less continuous state of any complex system in our uncertain, mobile and unpredictable world is impossible by definition. And fifty years long attempts of the Club of Rome to resolve the 'limits to growth' problem is the best confirmation this impossibility.

On the contrary, nowadays our world has entered in a new transition period (an interregnum, according to A. Gramsci and Z. Bauman) burdened with new global risks and uncertainties. I'm speaking about the world in transition from the Second and Third Industrial Revolutions to the Fourth one. And it's not the technological transition only but the transition to entirely new mode of production and way of life.

Its main features as follows: (1) an inversion of space by the time and therefore all-embracing acceleration of all kinds of structural and functional transformations; (2) a rapid replacement of existing social institutions by endless talks, temporal agreements and roadmaps making; (3) living in two worlds, the material and virtual ones; (4) shaping a global cyberspace that gave raise to cyber and hybrid wars. These wars are embracing all spheres of social life, the earth mantle, landscape, biosphere and cosmic space; and (5) a sharpening struggle foe deficit resources and geopolitical domination. In sum, the above trends and factors are contrary to any sustainability.

Besides, the change of generations and power elites are already underway. What will be their attitudes and wishes we don't know. Therefore, the results of such all-embracing transformations deserve a special attention of the scientists and scholars.

The main outcome as follows: under the above conditions the sustainability of any structural-functional element of our world is only the moment of its permanent and accelerated transformations in all directions, structural, functional, spatial, and of their tempo-rhythms.

But it's not all. Any natural, social or technological 'organism' maintains its relative sustainability by permanent metabolic processes both within it and with an outer milieu. The metabolic processes are of a crucial importance for the maintenance of any kind of complex structures. The metabolism between man and nature, within complex technical structures and their exchange with other components of global-local environment and between living organisms and their natural and inert environment is realized and maintained by biochemical metabolic processes. The last form of metabolism may be and already achieved by the construction of biodegradable materials. 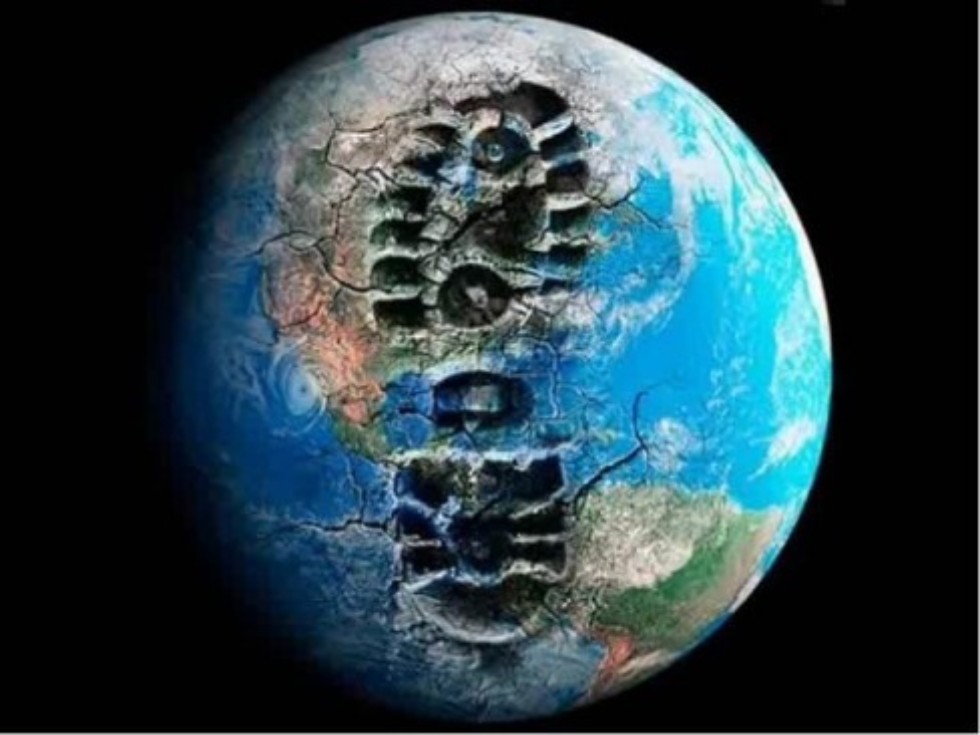 A social metabolism or more exactly the socio-political metabolism deserves special attention. The matter is that the further the more the social and political events are the socially constructed phenomena (the so-called construction of dramatizing reality). Usually such phenomena are designed in accordance of a particular geopolitical aims and then disseminated by the media. By the way, the global governance i.e. changes in the world social order is realized by the president D. Trump by twitter. During a set of decades, the US government has made many attempts to change global social order by decision-making in bypass of the United Nations agreements, left and returned to the UNESCO's headquarters, bilateral trade agreements, etc. The best example of voluntarist decisions are numerous sanctions which the US government impose on many countries, companies and persons without any substantial reasons. In one way or another, the socio-political metabolism is a mighty instrument of violation of global and local sustainability.

Recently, the competing global stakeholders experience serious difficulties. I mean the trade war between the US and China, the domestic challenges in many of leading countries like the USA, France, the UK, Germany and in some others. The EU is full of internal contradictions, while the environmental issues are not on the first lines of global political agenda and in particular at the Davos international forum. All in all, tough political competition is coming to the forefront.

I'd remind that the very notion of the sustainable development had been introduced very long ago by G. H. Brundtland and associates in the year of 1987 i.e. more than 32 years ago. As Dr. Brundtland clearly stated, it had been an attempt to formulate 'A global agenda for change' that had been titled as the 'Our Common Future.' In the run of these years our world had not became neither 'common' nor sustainable. On the contrary, it became more conflicting and unsustainable. But Brundtland was clearly right: we are now urgently needed in the new agenda for permanently changing and at the same time relatively sustainable world. It's the dialectics of our times.

In conclusion I'm not fully consent with the author's statement that the 'Endorsement of the UN 2030 Agenda for Sustainable Development' is the good news for environmental sociologists. The all 17 points of this Agenda are still mainly the good wishes without their interrelationships with current and future challenges for our world that is based on the market economy rules, and each participant of it is struggling for maximum profit, deficit resources and geopolitical domination.

Other news and announcements
Moscow Annual Climate Forum: the notes of the forum participant
International Moscow Urban Forum 2019: a reflection on the cities of the future
Summer School on Network Analysis
The II Climate Forum of Russian Cities, September 6 - 7, 2018
Participatory modeling as a way of involving stakeholders in the formation of social policy: a point of view within the process
Polina Ermolaeva participated in the XIX ISA World Congress of Sociology (Toronto, July 15-21, 2018)
GARBAGE AS A DESIGN OF GLOBAL SOCIAL REALITY
Āõīä ā ėč÷ķūé źąįčķåņ
Ēąįūėč ļąšīėü? Šåćčńņšąöč˙