Professor of KFU awarded with a medal named after L.S. Vygotsky 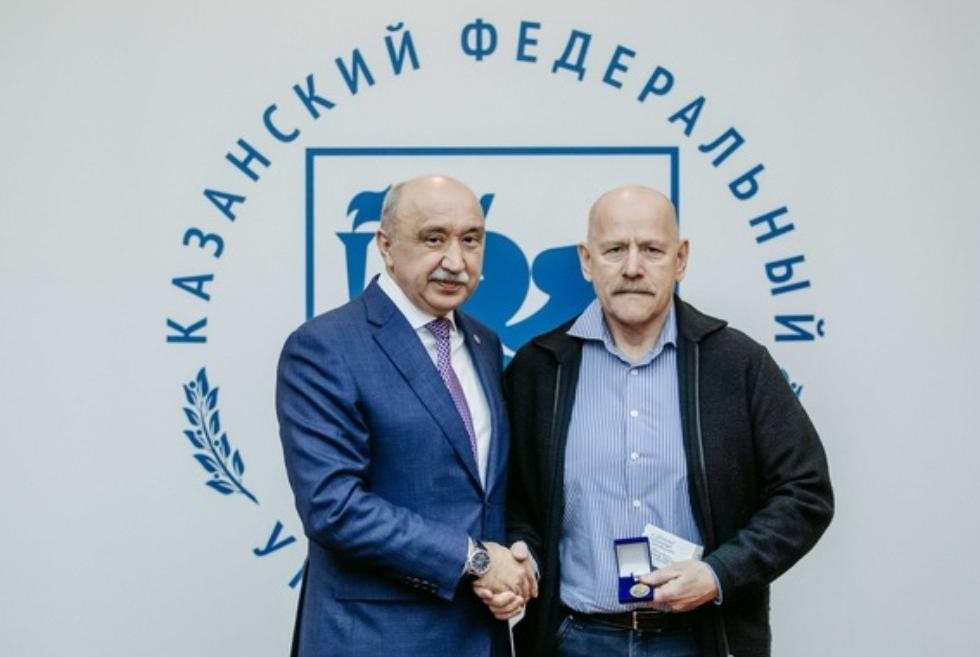 Professor, Head of the Department of General Psychology at the Institute of Psychology and Education, Alexander Prokhorov for outstanding achievements in the development of psychological science and many years of conscientious work in the field of education, was awarded the L.S. Vygotsky.

The honorary award of the Russian Academy of Education in Psychology was presented at the next meeting of the Academic Council of KFU, rector of Kazan University Ilshat Gafurov.

It is no coincidence that the award bears the name of Lev Vygotsky, a famous Russian psychologist at the beginning of the last century. It was he who first in his writings pointed out the close connection of pedagogy with psychology.

It is no coincidence that the contribution of the Kazan scientist to Russian science was highly appreciated: Alexander Prokhorov is a scientist known not only in our country, but also in the world.

The scientific school has 22 candidate and 2 doctoral dissertations. Alexander Prokhorov published over 650 scientific and educational works. Over the years of work at Kazan University, he has published 20 textbooks for students.

The scientist has developed an educational-methodical complex “Psychology of States”, including a textbook, workshop and anthology for students and masters studying in the specialty “Psychology”. There are no analogues to this complex in Russia and abroad. The complex is based on the results of a professor’s research, in which the mental state of a person is considered from the perspective of a system and subjective-personal approach. These studies are a continuation of the study of the human mental state, begun in 1885 by V.M. Bekhterev, and subsequently by Professor N. Peysakhov.

In 2015, thanks to A. Prokhorov, the only master's program in psychology of human conditions was opened in IPO in Russia and abroad.

In May 2019, Alexander Prokhorov was awarded the honorary title “Honored Worker of Higher School of the Russian Federation”. The corresponding decree was signed by Russian President Vladimir Putin.

Keywords: Professor of KFU awarded with a medal named after L.S. Vygotsky