International Winter School on Psychology of States is held at KFU 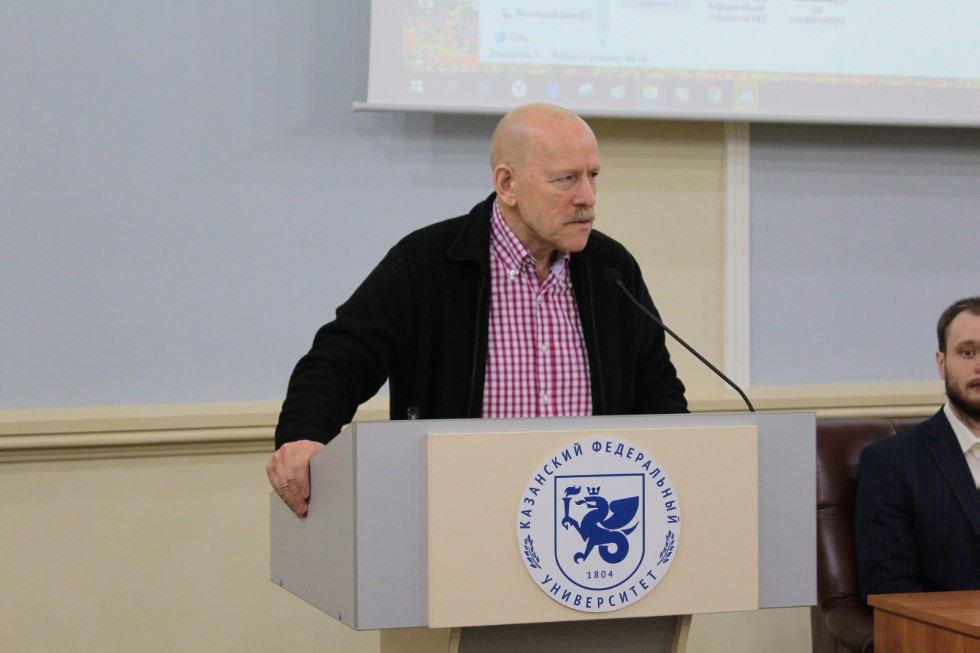 The conference for the 14th time became a platform for the start of scientific activity of young scientists who in the future will form a community of psychological scientists from Tatarstan and Russia.

The permanent leader and scientific adviser of the winter school on the psychology of states throughout this time is the head of the department of general psychology, doctor of psychological sciences, honored worker of science of the Republic of Tatarstan, member of expert councils of the Russian Federal Property Fund, Russian Humanities Foundation, Russian Science Foundation, professor Alexander Prokhorov.

As in previous years, the school attracted a large number of participants from different parts of our country from St. Petersburg to Vladivostok, as well as foreign scientists from Israel, Peru, Ecuador, Palestine.

It is worth noting that the psychology of states is an important area in psychology that arose and develops only in one scientific school in Russia - in Kazan. According to Alexander Prokhorov, in Kazan historically, studies of mental states were begun by V.M.Bekhterev from the moment the first psychological laboratory in Russia was created at Kazan University (1885). Today, state psychology is intensively developing at the Department of General Psychology of the Institute of Psychology and Education of Kazan Federal University.

- The goal of the winter school in psychology of states today is to exchange the results of scientific research and practical experience in the field of psychology of states, establish professional contacts, develop joint scientific and practical projects, informal communication on mental conditions, expand relations between universities of the country, - addressed the conference participants - students, undergraduates, graduate students Alexander Oktyabrinovich.

- Judging by the conference program, you are trying to find the most promising ways to solve the problems of the development of this area in psychology. I sincerely wish you to discuss constructive ideas and gain useful experience within the walls of Kazan University, ”Aidar Kalimullin, Director of IPO KFU, welcomed the young scientists.

- Each such meeting allows us to take a fresh look at our research. Presenting our reports at plenary and breakout sessions, we can immediately get a response from our colleagues - psychologists, - Jose Alonso Aguilar Valera (Lima, Peru), candidate of pedagogical sciences, shared his vision of the importance of the scientific event held at KFU.

Keywords: International Winter School on Psychology of States is held at KFU