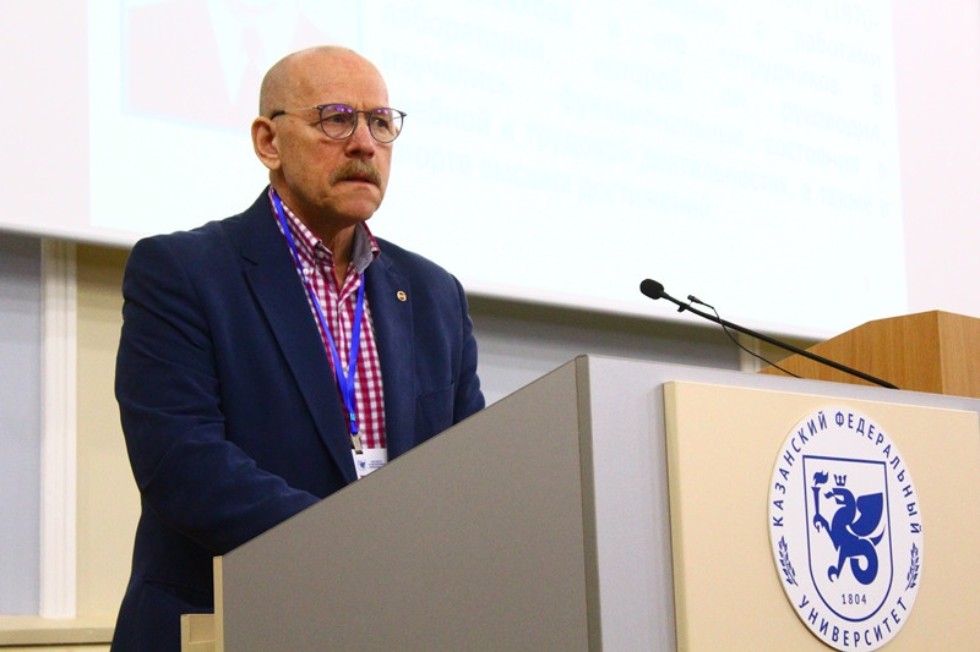 The International conference opened on 21st of February in the Institute of Psychology and Education of KFU. The school was oriented on bachelor students, master students, PhD students and young researchers. Furthermore, for the first time, the winter school was organized by a PhD student of the Institute of Psychology and Education and young scientists from Moscow, Saint Petersburg, Kazakhstan and Peru participated in the conference.

Co-organizer of the conference - Alexander Prokhorov (Head of General Psychology Department, honoured scientist of the Russian Federation, panellist of the Russian Foundation for Basic Research) stated the significance of the conference because young researchers and students can ask academics for advice and enhance their professional competencies.

A paper of Alexander Prokhorov “The mental grounds of mental states’ regulation” opened a plenary session. He analysed the periods of the mental states’ psychology development in KFU.

The research group from Saint-Petersburg Institute of History of the Russian Academy of Sciences (Tatiana Tulupeva, Maxim Abramov, and Alexander Tulupev) presented their study “Psychological aspects, mental states and vulnerabilities of users in the context of social engineering attacks”. They considered the problem of employees’ safety from social engineering attacks.

Doctor Jose Alonso Aguilar Valera from Lima (Peru) took part in the conference with his paper “Evaluation of self-control in healthy and clinical condition”.

Additionally, some students demonstrated the results of their studies. For instance, Anastasia Bernikova investigated the influence of text content on mental states and Diana Zyeva analysed how homosexual men form personal relationships depending on sex-role identity.

Some workshops followed by the winter school included the themes of how to control emotions, to cope with stress and to recognise issues faced in communication with loved ones.