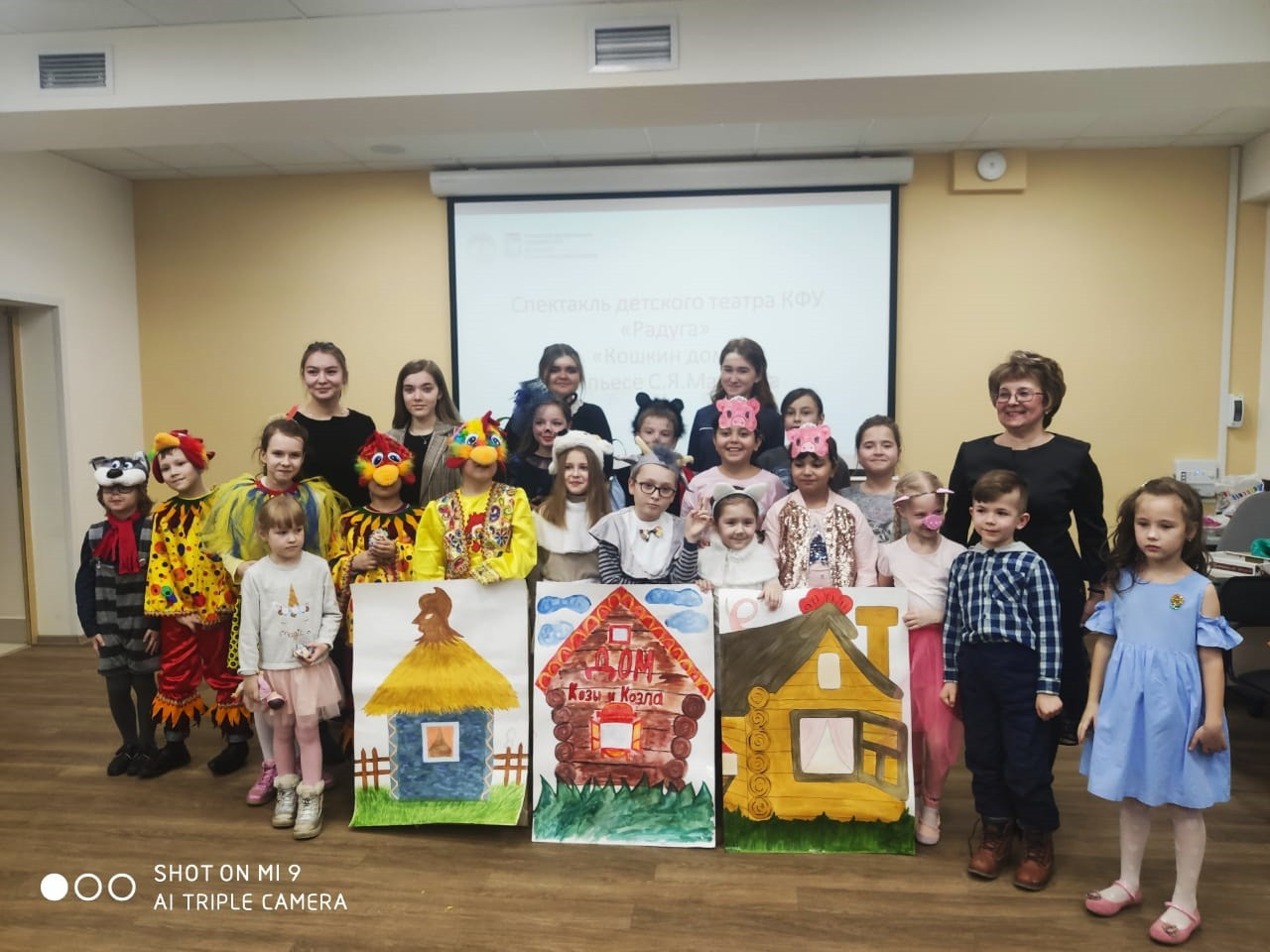 On holidays in February, dedicated to Defender of the Fatherland Day, the theater troupe of the children's theater of Kazan Federal University "Rainbow" showed the audience a new production - a play based on the play by the famous children's writer S. Ya. Marshak's "Cat's House".

The premiere took place on February 22, 2020 at the Institute of Psychology and Education of KFU in an audience of 111.

A colorful poster in the lobby of the Institute of Psychology and Education invited everyone to the premiere of the long-awaited children's play "Cat House".

In a festive atmosphere of the premiere, the audience gathered: parents, grandparents of young actors, first and second year students of IPO KFU, close friends and school friends of the actors. The invited television troupe UNIVER-TV arrived at the premiere.

All guests were presented with bright, colorful theatrical programs of the play “Cat House”, where, in accordance with the theatrical tradition, the contents include the name of the performance, time of the performance, author of the work, distribution of roles, name of the director and director of the Rainbow Theater, photo of all actors, photos of curators of the children's theater "Rainbow", as well as a brief summary of the play.

The electronic presentation for the play “Cat's House” helped to present the atmosphere of the play, the plot of the work, and to present each character of this play.

The props for the performance were prepared by students-mentors of the children's theater at hand. Kamalova L.A., made the necessary parts for stage costumes. The wooden houses of the Goat and the Goat, the Rooster and the Chicken, and the Pig were made by individual order specially for the premiere of the play “Cat's House”.

Parents of young actors helped to choose bright, interesting, original, unique stage costumes for the children, reflecting the individual features of each stage hero of the play. The success of the play largely depended on beautiful children's costumes.

The music for the performance was selected by a 3rd year student Pustova Valeria. The quadrille with young artists was learned by a 5th year student Marina Lyzhina.

But the most important thing in the theater is the actors' play. She was just awesome! Despite the fact that the preparation for the performance took only six weeks, from January 11 to February 15, each of the children coped with its role perfectly.