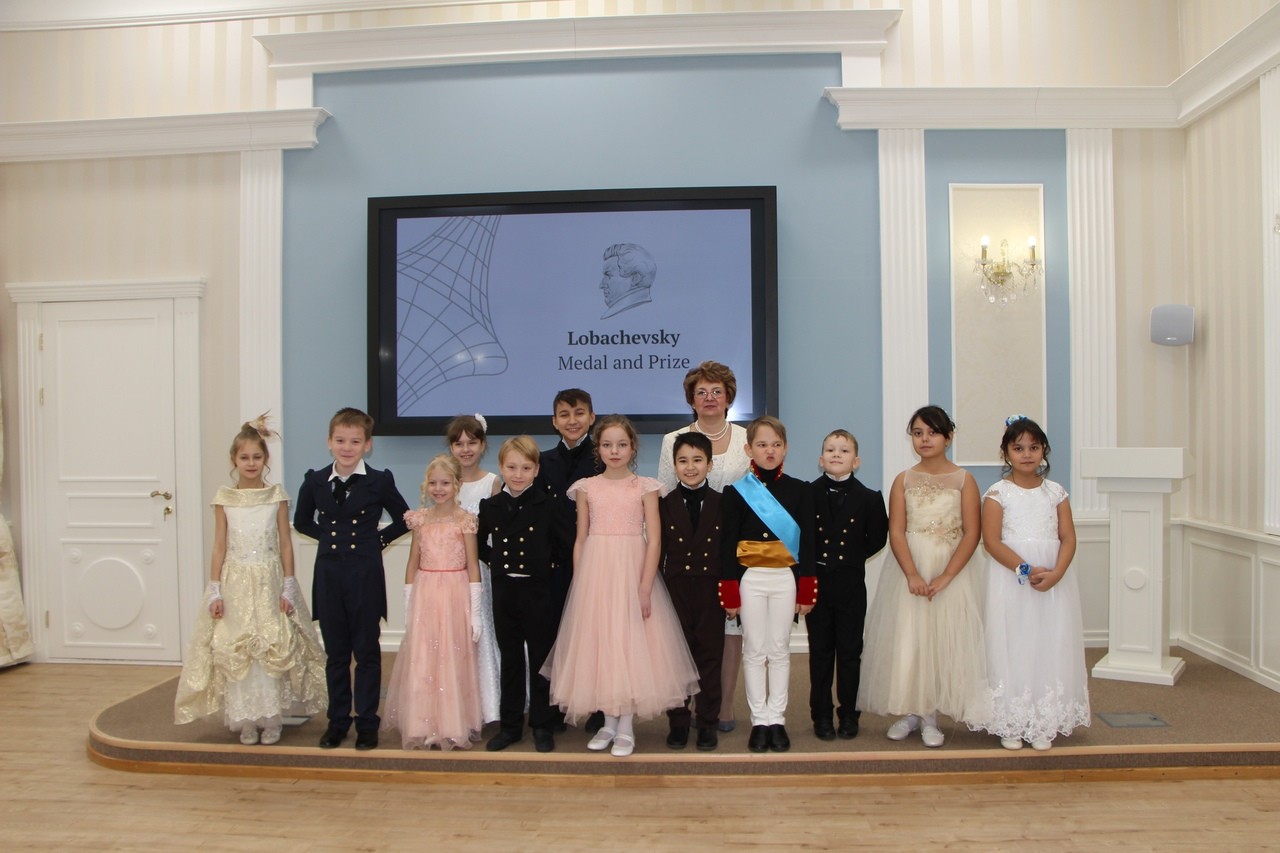 The Children's Theater of KFU "Rainbow" showed on December 2, 2019 the play "Russia has opened to me in you, Kazan University!" (E. Yevtushenko) ”, dedicated to the 215th anniversary of Kazan University, celebration of the Year of I. Simonov at KFU, award of the prize and medal of N. I. Lobachevsky to the best mathematician in the world.

The solemn event was held in the Great Imperial Hall of Kazan University, where about 350 guests from various universities of Russia and foreign countries gathered. The ceremony was attended by the Prime Minister of the Republic of Tatarstan A.V. Pesoshin, RT Minister of Education and Science Burganov, rector of KFU I.R. Gafurov.

For the first time, the Nikolai Lobachevsky Prize was established by the centenary of the scientist. But at the beginning of the twenty-first century, this tradition was interrupted.

Keywords: Actors of the children's theater 'Rainbow' performed at KFU with a performance at the award ceremony and medal to the best mathematician in the world