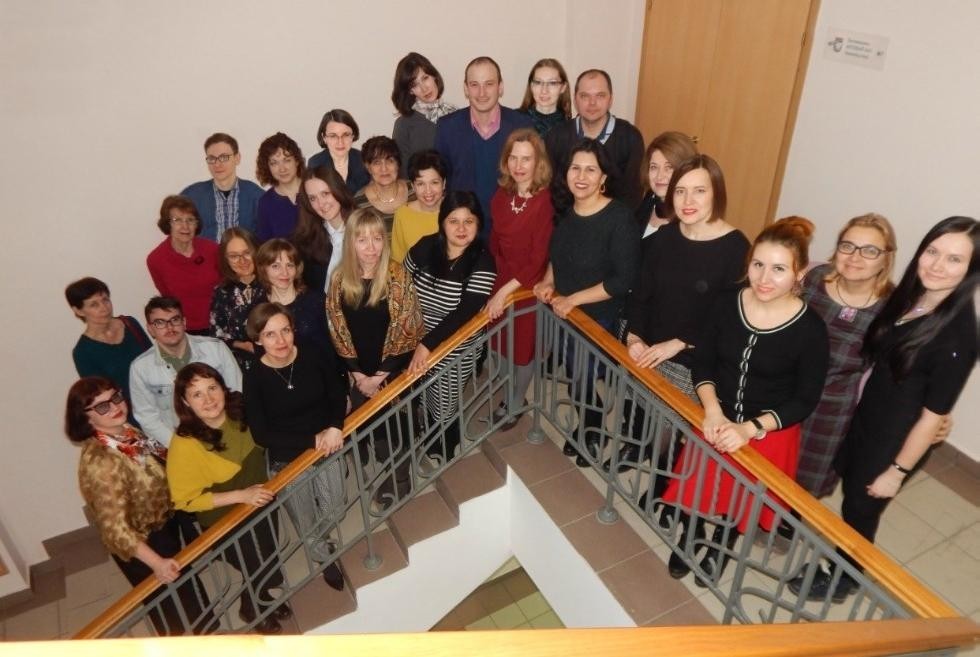 Liya Efimovna Bushkanets is currently representing the Department as the head.

Initially, the students of the Department of International Relations were instructed by the teachers of Kazan State University Language Institute. On September 1, 2016, the Department of Foreign Languages ​​in International Relations (including part-time staff) was established on the basis of a number of departments within the structure of the Higher School of Foreign Languages ​​and Translation, including 2 Doctors of Sciences, 17 Candidates of Sciences and 2 senior laboratory assistants.

The Department includes English, German, French and Spanish. In the near future it is planned to start teaching the Italian language.

The Department is focused on training specialists in the field of international relations, who are so much in demand in the context of Russia's current socio-economic and political development. Students have the opportunity to learn two (or more) foreign languages, to master the basic principles of the dialogue of cultures and intercultural communication, to study the peculiarities of the national identity of different peoples and regions.

Despite the relatively short history of its existence, the Department actively develops the traditions of teaching foreign languages ​​at Kazan University, based on integrative learning and the maximum immersion of students in the language environment:

-all classes are taught in the target foreign language;

- roundtables are held on the current situation in the international arena;

-  virtual tours to various cities and countries of the world are organized with participation of nonresident and foreign students of the Institute;

- a course of practical grammar of a foreign language;

- reading of fiction in the original language;

Thus, students get the opportunity not only to improve communication skills, but also to enrich the lexical and terminological base in the field of international relations.

Possibilities to apply the acquired knowledge in practice are available to any student of the Department due to strong connections with various European institutions and universities. The Department cooperates with universities of Great Britain, Italy, and Spain. Therefore, the Department employs native speakers, for example, Spanish (a representative of the University of Valladolid, Spain).

The objectives of the cooperation are

1. Academic exchange, consultations, reception of methodical recommendations in teaching of the European languages.

Teachers of the Department are developing several main scientific areas:

- studying the functioning of the language in various spheres of human life, its role as a means of communication, as an instrument of science, technology, economics, business, and culture;

- study of pedagogy and methods of teaching foreign languages;

- study of intercultural communication and dialogue of cultures in modern society.

But the main scientific area is the study of political discourse, which is connected with the basic educational tasks of the Department.

Teachers of the Department regularly improve their qualifications. In 2012-2017 years the faculty of the Department completed language internships in Malta (on the basis of the University of Malta), in Croatia (based on the University of Zagreb), in the UK (London, at the European center, Oxford), Scotland (Edinburgh, International college), in Valladolid (Spain), in Germany, on the basis of the Goethe Institute, as well as at seminars organized by the Russian representative office of the British publishing house “Pearson Longman”, Voronezh.

The faculty members have international certificates of TKT (1,2,3 modules), BEC, and others.