Department of Practice and Theory of translation 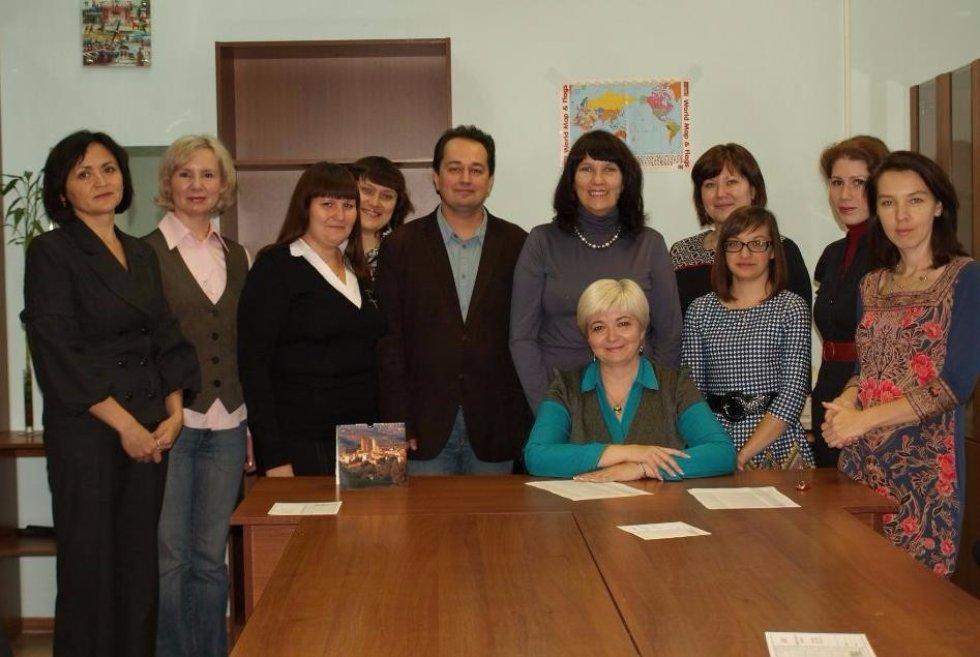 Head of the department is Ph.D. in Philology, Associate Professor S.S. Takhtarova.

Department of Theory and Practice of Translation was founded on September 1, 2013 and it is one of the structural units of Translation and World Cultural Heritage Department.

Objectives of the Department:

- Training highly qualified translators with the knowledge of English and German languages;

Department of Theory and Practice of Translation cooperates closely with the German cultural Goethe centre in Moscow. During its short history lecturers of the Department have been conducting various educational-methodical and consulting activities: The All-Russian Seminar for German Teachers (August 2013), the exhibition “Germany in a suitcase” (March 2014), Summer Academy Sommerakademie (June 2014).

Teachers of the Department actively cooperate with the established in the KFU Examination Centre for exams in the German language in accordance with the European Standard. The German teachers participate in scholarship and training programmes of the German cultural Goethe centre and DAAD.

At present the work on establishing a joint Master's programme, focused on effective German language teaching is carried out.

From September 2014 the Department has been training by the network Master's programme “Theory of Translation. Cross-cultural and interlanguage communication“

The Head of the Master's programme is Ph.D. in Philology, the Head of the Department of Theory and Practice of Translation, S.S. Takhtarova.

The Department has postgraduate studies in the scientific direction 10. 02.19., Language Theory. The Head is Ph.D. in Philology, Associate Professor S.S. Takhtarova.