Welcome to the Faculty of Law 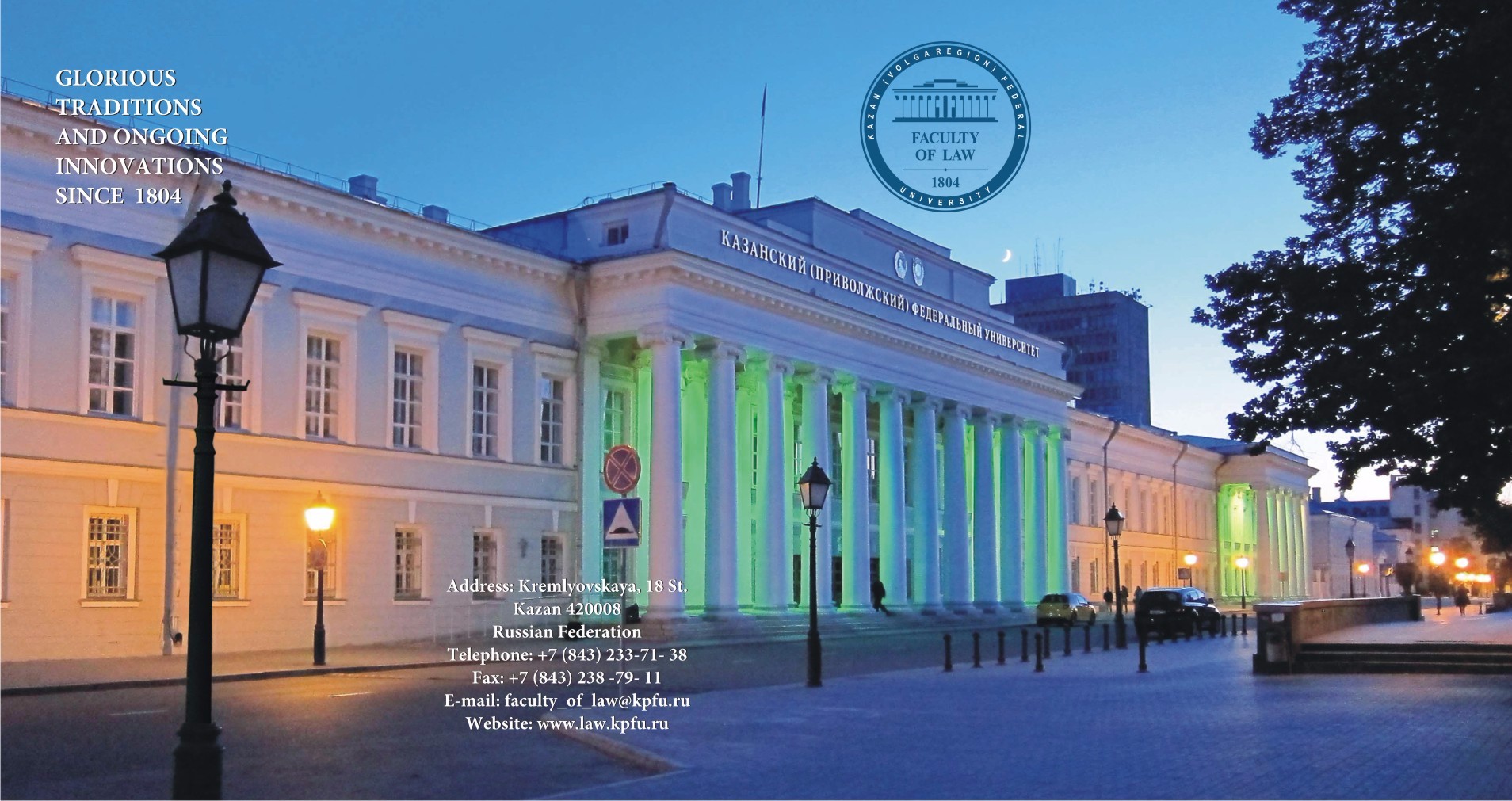 The higher education in the field of law is an important component of any national system of education. As a part of the system, it bares traits typical of the whole. Modern civilized society needs in highly qualified experts, possessing of fundamental knowledge and necessary competences good professional training. However, training of lawyers is very special. It differs greatly from training of (for example) chemists or physicists or biologists. Legal education consists not only of profound knowledge in the field of lawmaking, juridical techniques, application of law. Not the less important for the law students in the aspect of learning outcomes is legal ideology, the skill to analyze the contents and trends of the social, economic and political processes, (taking place in the society). Intellectual abilities have to comply with the abilities to constructive and positive communication with many people. These are the inherent features of highly professional lawyer.

Legal education in Russia has special traditions, some of them rooting back to the history. As a systematic process it started in 1804. Simultaneously with Kazan University it’s Moral and Policy Department, which is considered to be the ancestor of the Faculty of Law came into being. The leading professors of the Department were the well-known lawyers from Germany. Lectures and other classes in law for the first 12 students were in German and Latin. The invitation of German professors and the engagement of Russian lawyers after their advanced study in Germany for teaching in Kazan were justified by the fact that the legislation of Russian Empire was developing as a fragment of Roman and German legal system. Currently the legal system of Russia is continuing its development in the same way, though in the soviet period it was affected by socialist elements.

The Faculty of Law of Kazan Federal University is said to be one of the oldest in the Soviet Union and second old in Russian Federation. In different periods, a number of outstanding lawyers worked there. Among them there were professors Ditrich Meyer (дХРПХУ хНЦЮММНБХВ), Gavriil Solntsev, Iogan Finke, Gabriel Shershenevitch, Andrey Ant. Piontkovckij, Nikolaj Ivanov and others.

The activity of each of these persons is a special page in the history of Russian law school. So, Professor Meyer is either a scientist or the founder of the first juridical clinics in Russia and he was also a teacher of the future great Russian writer and philosopher, at that time the count Lev Tolstoy.

The alumnus of our faculty and afterwards the Professor of Kazan University Gabriel Shershenevitch is known as an outstanding specialist in Civil Law and General Theory of Law. His works were well known either in Russia or far from its borders.

Professor Nikolaj Ivanov is a recognized founder of International Private Law in Russia.

Either for Lev Tolstoy or Vladimir Ulyanov (Lenin) our Faculty was the single higher school where they had ever studied and the glory of their personalities became a part of the Faculty’s history.

At present the Faculty of Law of Kazan Federal University is one of the best in Russia, alongside with the Faculties of Law of Moscow and Sankt-Petersburg universities. In its stuff, there are 25 professors and 80 associate professors. 5 professors of the Department of International and European Law, the former students of Professor David Feldman, is the fact worth to be specially mentioned. Neither of the other Faculties of Law in Russia has a scientific school of International Law like that in our Faculty.

Our Faculty is actually well known for its alumni. They are more than 90 percent of judges, the stuff of Investigation Committee and Procurators, advocate and notary offices of the Republic of Tatarstan. Among them there are also scientists, politicians and public persons, ministers and mayors. Ildar Khalikov is a Pri-Minister of Tatarstan. Ilsur Metshin is a mayer of Kazan, the capital of Tatarstan, which has recently celebrated its one thousand anniversary. The alumnus of the Faculty Taliya Khabreeva is a Vice-President of the Academy of Science of the Russian Federation. Nikolaj Fedorov is the Minister of Agriculture of the Russian Federation. Vasilij Likhachev and Marat Bariev are the deputies of the Russian Parliament. We are proud of all our alumni. They are highly appreciated either in Russia or abroad. Some of them successfully work in the European countries, USA, Canada, in Asian and African continents. They participate in Association of Alumni and in the Board of Trustees of the Faculty of Law.

The total number of students of the Faculty nowadays is 3 thousand. They are organized by the Students’ Council, that is students’ self-government. Teaching Programs correspond to the State Educational Standard, 2013. Teaching is exercised according to the Bachelor Program, Master Program, Post-Graduate Study Program and Doctorate Program. Dissertation Councils consider doctorate and candidate papers on 5 scientific majors.

The Faculty of Law has all necessary modern facilities. It is situated in the center of the city in the main building of the university. Students and teachers attend the fundamental scientific Library. The faculty runs a Center of Legal Information, Criminalistics Laboratory equipped with modern technics for different kinds of court and criminal expertize.

Students’ campus is one of the best in Russia. It is the former World Universiade Village, (the World Universiade took place in Kazan in 1913). Law students settle in two buildings. In the Village area there are also canteens, shops, beauty parlors, medical service and fitness halls.