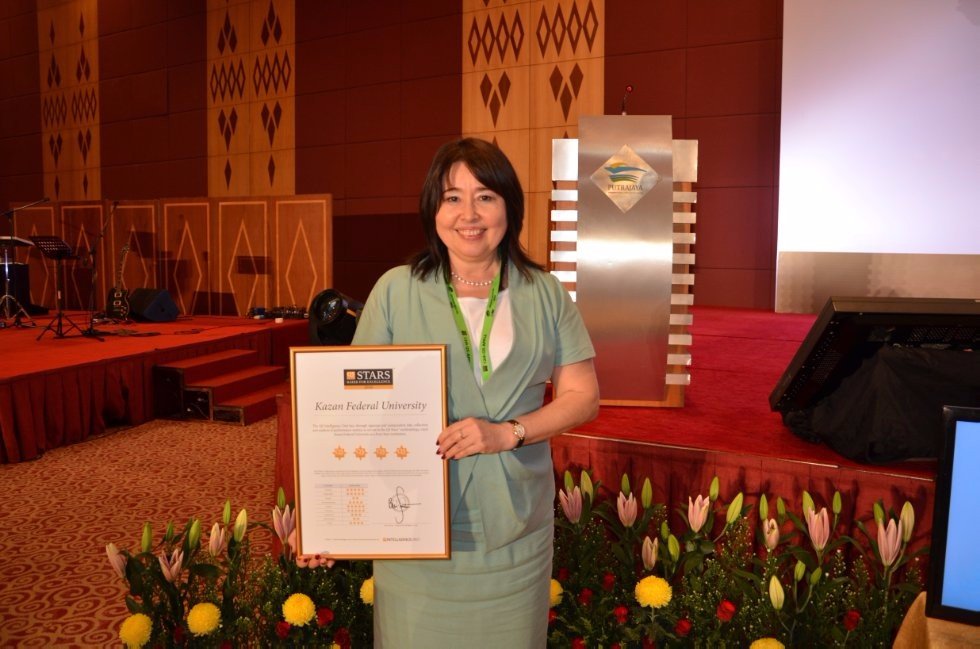 KFU’s delegates are at the 12th QS-APPLE forum in Malaysia.

Vice-Rector Raisa Mullakaeva and Director of the Center for Prospective Development Ilya Kuzmishin were dispatched to Putrajaya to represent Kazan University.

Among the honorary guests are Tuanku Syed Faizuddin Putra, Crown Prince of the State of Perlis, Zaini Ujang, Secretary General of the Ministry of Higher Education of Malaysia, and other officials.

Vice-Rector Mullakaeva received the certificate on behalf of Kazan University. Not long ago, in 2016, KFU was awarded 4 stars during the latest QS audit. Certificate copies will be placed in every building of the University campus as per Rector Ilshat Gafurov’s decision. KFU will soon join 40 other universities in the respective section of the official QS rankings table. By the way, four categories -  infrastructure, innovation, alumni employment, and education – were ranked five stars.

If the current momentum is maintained, there is a real possibility to rise further in the ranks in a relatively short timeframe.