3rd article in this year 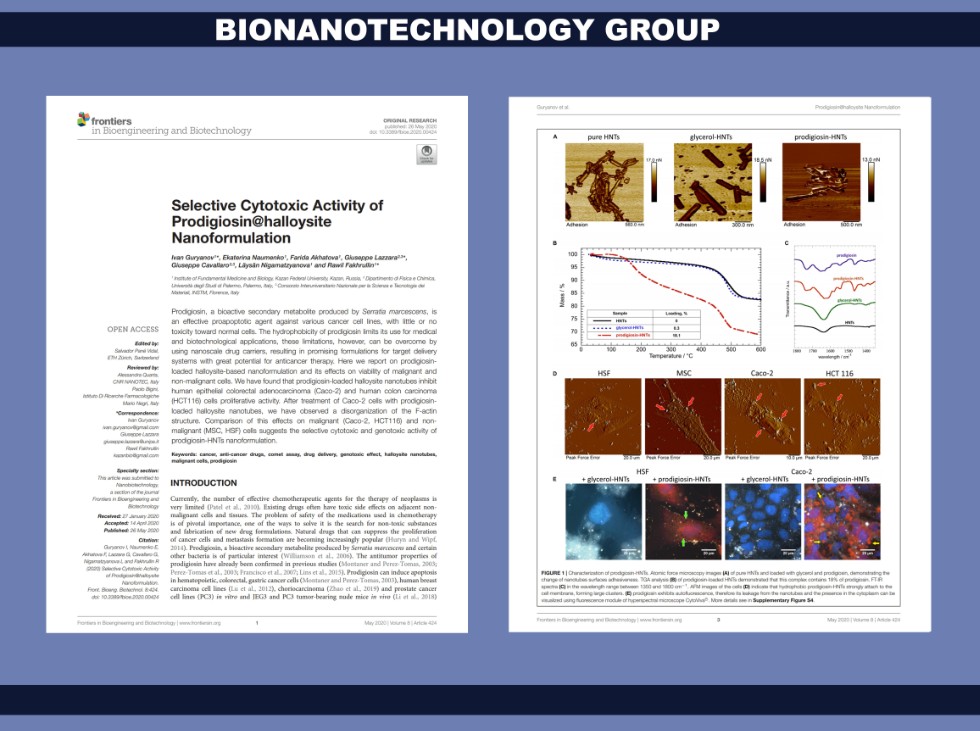 Journal: Frontiers in Bioengineering and Biotechnology

Authors report in this article about fabrication of a nanocomplex based on prodigiosin and its effect on the viability of malignant and normal cells. The authors have found that the prodigiosin-loaded nanotubes of the halloysite mineral inhibit the proliferative activity of human epithelial colorectal adenocarcinoma (Caco-2) cells and human colon cancer (HCT116). After treatment of Caco-2 cells with halloysite nanotubes loaded with prodigiosin, disorganization of the F-actin structure was observed. Comparison of the effect of the nanocomplex on malignant (Caco-2, HCT116) and normal (MSC, HSF) cells suggests a selective cytotoxic and genotoxic activity of the prodigiosin-HNTs nanoformulation.