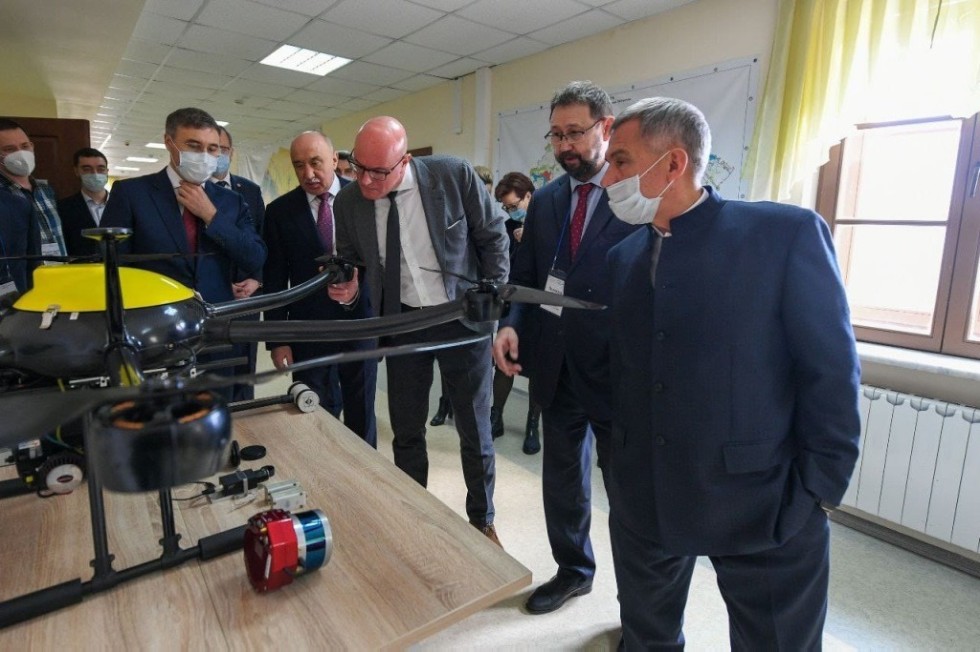 The today’s visit was a part of his work trip to the Republic of Tatarstan.

Rector Gafurov spoke about KFU’s history and research priorities. He mentioned that a new technological park will be established by the Uni later in the year, as President Minnikhanov already decreed.

One of the widely discussed research areas, as the Rector said, is carbon polygons and farms. Ministry of Science and Higher Education is backing them to promote various types of greenhouse gas monitoring on agricultural and forest lands. So far, seven Russian provinces have been chosen to establish such centers. KFU is petitioning to become the eighth in this list.

Vice-Rector for Research Danis Nurgaliev said to the guests, “The combination of industrial landscapes and natural habitats provides the rationale for creating such a polygon here. It’s interesting to analyze atmospheric gases and their behavior.”

Vice-Premier Chernyshenko supported the proposal, “It’s symbolic that we can speak about interesting achievements and see the implementation of digital technology for oil prospecting during the Year of Science and Technology. The President [of Russia – editor’s note] tasked us with promoting petrochemical products both in the country and overseas. Our science works actively in this area, and promising projects must find their demand.”

Source text: Leisan Zakirova, Office of the President of Tatarstan